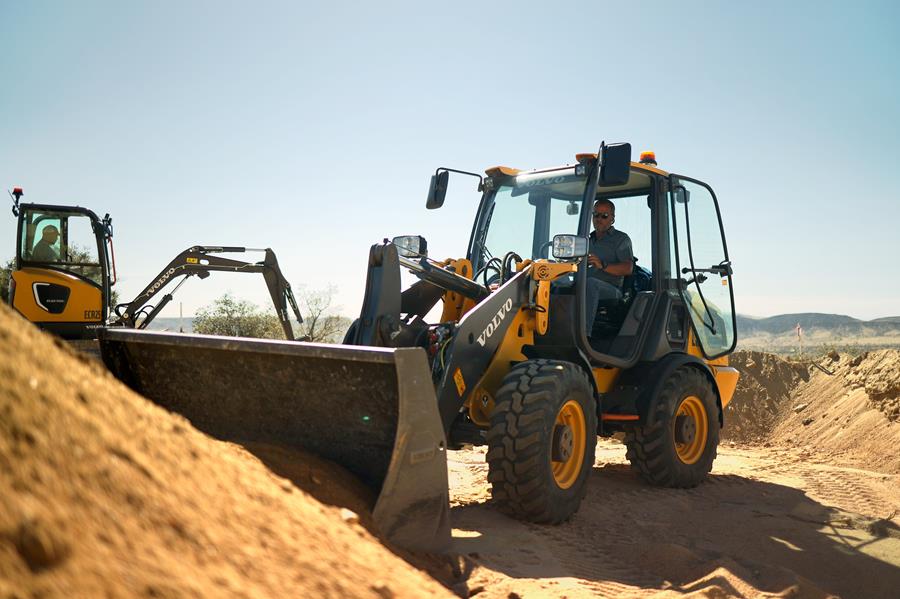 Volvo CE electric-powered equipment was tested in the California desert.

Volvo Construction Equipment has shared the results of its year-long pilot project in which battery-powered construction equipment was tested.

In the first North American pilot of its kind, Volvo CE found that its electric-powered ECR25 excavator and L25 wheel loader were both zero-emission, high-performance solutions that can be used by construction companies in a variety of applications.

As viable alternatives to diesel-powered machines, these pilot subjects have the potential to reduce the carbon footprints of contractors across the world.

Volvo CE, which has long been a leader in exploring the viability of electric-run equipment, is expected to fully roll out these electric machines early next year, making it the first company to commercialize dedicated electric machines at the larger end of the compact size range.

“Our customer’s response to these machines validates that there is not only a desire for these types of machines in North America but a pull in many markets,” said Stephen Roy, President of Region North America, Volvo CE.

From a sustainability perspective, these machines obviously offer an advantage, but the fact that they can also be used inside building in which diesel exhaust is restricted is another benefit.

The study found that based on the combined 400 operating hours of the electric machines, there was a reduction of 6 metric tons of carbon dioxide emissions and an approximate savings of 560 gallons of fuel with an estimated cost of US$2,400, when comparing diesel machine use at the same amount of hours.

Further, the machines are significantly quieter than diesel-run units, which not only reduces noise pollution, but also increases jobsite communication and safety given that workers can hear each other much more easily. Based on the pilot findings, the electric machines also required less maintenance than their diesel counterparts.

The EPA is clearly on board with these units.

Volvo plans to focus its future research on enhancing the run times of machines, optimizing the onboard charging systems and continuing to explore alternative charging methods for jobsites without readily available access to charging stations.