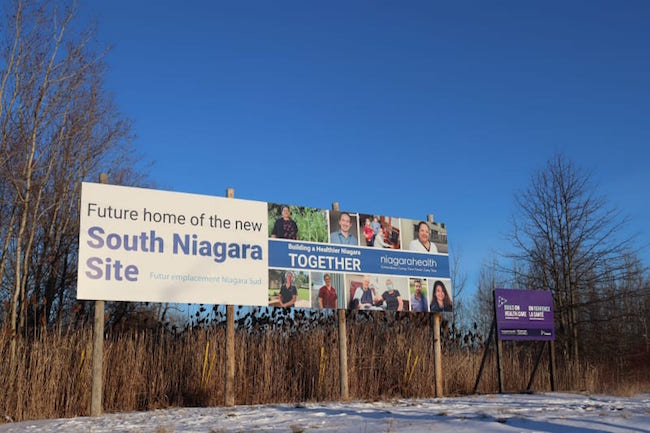 Infrastructure Ontario and Niagara Health have taken the first step in procurement toward the construction of a new hospital at the province’s southeasten tip. The crown agency and the healthcare provider issued a request for qualifications for P3 teams interested in taking on the build, finance and maintain contract Feb. 4.

The new hospital is planned for a 50-acre greenfield site at Biggar and Montrose roads in Niagara Falls, Ont. Early estimates for the 1.25 million sq. ft. facility run to more than $1 billion, according to IO’s latest P3 Market Update.

The new hospital will “consolidate and rationalize services” from several existing healthcare facilities in the region, including Greater Niagara General, Port Colborne and Douglas Memorial. An emergency department is included in the plans, as well as a range of specialized services, such as diagnostic, therapeutic and surgical care.

The design for the facility targets LEED Silver standards.

IO plans to shortlist build teams for the project this fall. An RFP process will follow, with a winning bidder expected to be chosen in 2022. Construction will take roughly four years.