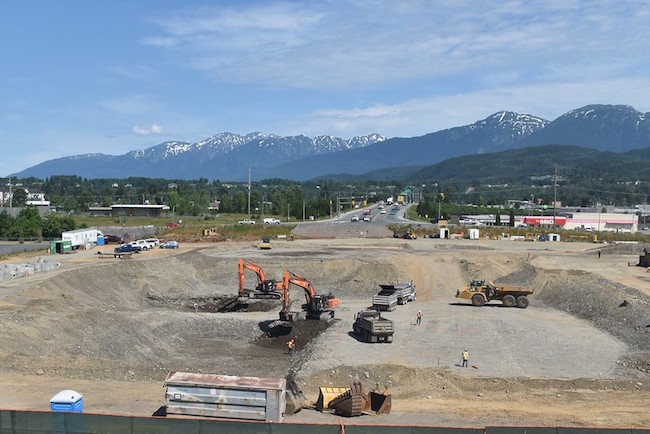 The new facility will be built at the north end of the existing hospital grounds. PHOTO: Province of B.C.

Construction to replace a 60-year-old hospital in northwestern British Columbia is underway in Terrace.

Crews have started work on the new 78-bed facility at the north end of the existing Mills Memorial Hospital site, the province said July 6. At more than twice the size of the old hospital, the new Mills Memorial will have a larger emergency department and serve as the northwest region’s level-three trauma centre.

“This is an exciting time for people in Terrace and the region, as work is getting going on a state-of-the-art hospital,” Adrian Dix, the province’s Minister of Health, said in a release. “There has been a lot of talk about a new hospital in Terrace, going back to 2010 when the request was originally made to replace the facility. I’m proud that our government recognized the need and took action, getting us to this important milestone.”

The site will include a pair of trauma bays, four operating rooms and six stretcher bays. An upgraded mental health facility is also being built on hospital grounds.

The new facility is scheduled to open to patients by 2025. Demolition of the old hospital will follow.