Part of GO Transit's push to increase capacity and run trains more frequently, the job includes construction of a new platform and concourse at the south end of the station 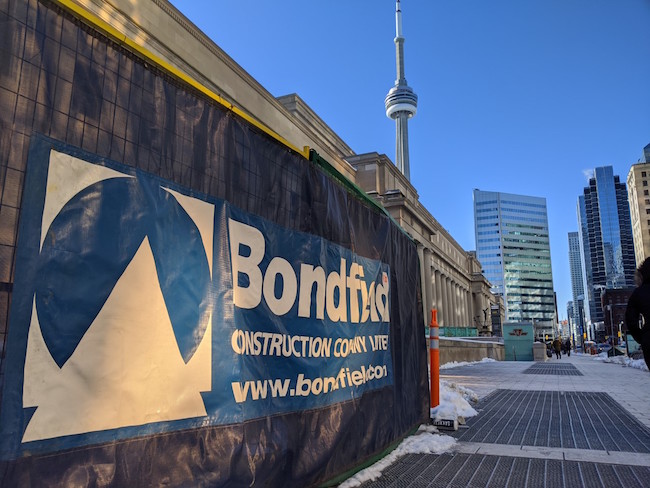 A revitalization project at Union station has been ongoing since 2011. The latest expansion will leave the station under construction well into the 2020s

A quartet of construction consortia are through to the next stage of the procurement process for a major expansion project at Union Station in Toronto.

The OnTrack Alliance, GTA Alliance, OneUnion Alliance and Union Gateway Alliance will have the next several months to prepare bids, while the province plans to pick a winning team by this summer. Aecon, EllisDon, Kiewit and Dragados are among the big-name builders in the running for the contract (scroll to the bottom of the article for a complete breakdown of the consortia).

Known officially as the Union Station Enhancement Project, the job includes construction of a new platform and concourse at the south end of the station. It’s part of GO Transit’s wider push to increase capacity and run trains more frequently.

The cost of the project has not yet been released and no official timeline has been shared, but the project guarantees to stretch construction at Union Station well into the 2020s. The rail hub has already been under construction for about 10 years due to a City of Toronto-led renovation and upgrade project at the nearly 100-year-old station that has lagged considerably behind schedule and gone well over its original budget.

The latest project at Union will also make use of a new-to-Ontario procurement model known as Alliancing. It’s designed to force the build team and owners to take a more collaborative approach than conventional building methods, which are often criticized as adversarial.

The four teams shortlisted for the project are: