Op-Ed: We need more women in the trades 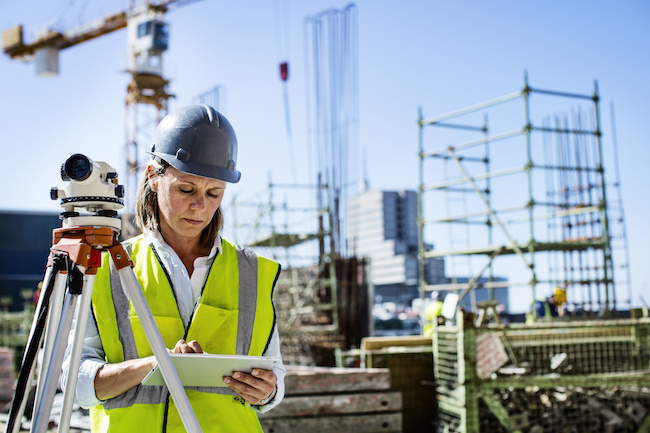 The Ontario government says it is working to overhaul how careers in the skilled trades are perceived. PHOTO: Getty Images/Morsa Images

Our province is on the brink of a serious shortage in skilled trades workers. In the third quarter of 2019, job vacancies in Canada in the industrial, electrical and construction trades were 51 per cent higher than they were four years earlier, according to employment website Indeed Canada.

That means jobs are being left unfilled. Companies are turning away business opportunities because they don’t have enough people to get the work done. Part of the challenge in the skilled trades is a key demographic is not represented. In Ontario, only 17 per cent of registered apprentices are women.

For the sake of our economy and our people, we need to do better. That’s why today, International Women’s Day, we are calling on employers, teachers, parents, industry leaders and others to help us end the stigma related to young people, especially women, who do not see the skilled trades as a first choice.

Everyone has a role to play. Employers and industry leaders need to see the added value female apprentices bring to the sector. Teachers and parents need to consider trades for the meaningful and often lucrative careers they are. And government needs to create a system that is easy to use and financially sustainable.

As apprentices first and then as skilled tradespeople, women can find well-paid positions, jobs with flexibility and the chance to be their own boss.

The benefits are expansive. Increasing women’s participation in the labour force, particularly in high-productivity economic sectors such as agriculture, forestry, oil and gas, will add as much as $60 billion to Ontario’s economy by 2026, according to one projection by well-known business consultant McKinsey & Co.

Although neither of us is a tradesperson, both of us grew up in small town Ontario surrounded by trades. The Dunlop family is well represented in the plumbing trade. The McNaughton family ran a Home Hardware building supply store for decades. We know that blue collar values — hard work, entrepreneurialism, pride in a job well done — cut across gender divisions. So, why the disconnect?

First, there’s still not enough awareness around skilled trades and the apprenticeship system. Our government is actively working to change this, including through ads we’re running this winter. Our goal is to inspire women, among others, to consider the trades. The ads feature two women, an arborist and a crane operator, who enjoy the freedom, sense of accomplishment and earning power their career affords them (the crane operator knows colleagues earning more money than PhDs).
We need support from industry leaders to amplify this message and highlight other strong female role models in the trades whom our next generation can follow.

Another barrier is the lack of encouragement for female students to take STEM-related classes. By working with educators and organizations like Skills Ontario, we’re now actively showing young women there’s a place for them in the skilled trades.

We also need to acknowledge that traditionally male-dominated workplaces can seem unwelcoming to women. We want to work with industry leaders to find solutions that create an inclusive work environment, which could be as simple as providing daycare supports.

By introducing the Making Ontario Open for Business Act, our government has set our province on a path toward prosperity and job creation. We’re now calling on employers to step up and do their part by creating an environment where female apprentices are not only wanted but welcome. We are Open for Business, which means we’re open to opportunities for everyone.