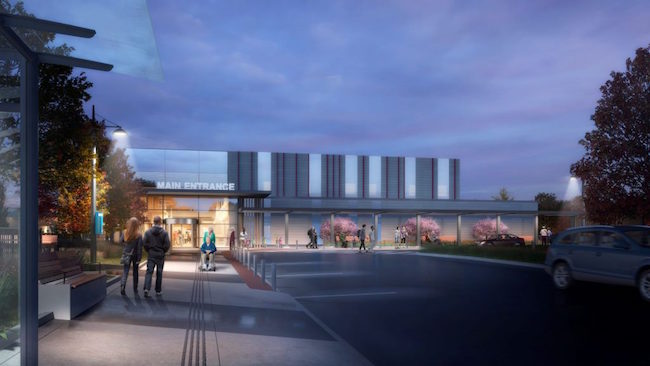 A rendering of the new facility expected to serve tens of thousands of patients each year. PHOTO: EllisDon

Construction is set to start this fall in Halifax on one component of Nova Scotia’s QEII New Generation Project.

The province’s Ministry of Transportation and Infrastructure Renewal said Aug. 21 it has awarded the contract for a new outpatient centre on the outskirts of the city to a construction team led by EllisDon.

The contractor and its design partners — Parkin Architects and Fowler Bauld & Mitchell — will be responsible for the design, build, finance and maintain work, which is scheduled to get underway this fall.

The Community Outpatient Centre in Bayers Lake will let patients avoid driving into downtown Halifax for services that do not require hospitalization, such as x-rays, blood work and post-surgery follow-ups. Plans for the site include 17 exam rooms, 24 dialysis stations, as well as areas dedicated to diagnostic imaging.

The new facility is one part of the province’s major hospital renewal initiative, expected to cost approximately $2 billion.

The contract award follows more than a year of procurement. Nova Scotia issued a request for proposals to three bid teams in May 2019.