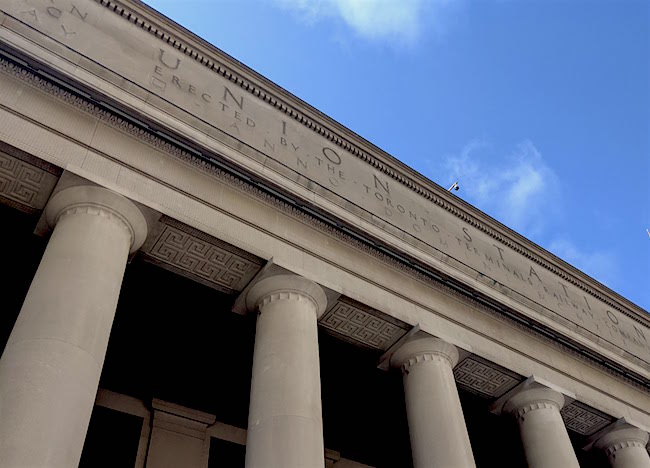 The station revitalization project took about 11 years to complete, more than double its original timeline

It can’t have surprised many last year when the yardsticks were moved yet again for Toronto’s Union Station Revitalization Project. The rail hub’s perennial state of construction has been a running joke for commuters and Torontonians for years.

Retrofits started in 2010 and were slated to be complete by 2015. Nearly five full years after that misjudged mark, the end seemed in sight, with the city expecting contractors to complete the $824 million overhaul by September 2020. Still, the station wasn’t finished last fall and a revised, end of 2020 completion date came and went with crews still working on-site.

More than a decade into the five-year project, with costs settled just short of 30 per cent over budget, the saga is now officially over. Toronto Mayor John Tory dropped the curtain on the job July 27, alongside other government officials, though workers will be doing final touch-ups through the end of the month.

“After years of extensive work on this difficult project, the Union Station revitalization is now complete, and the last piece of the revitalization — the Bay Concourse — is opening to the public today,” Tory said in a release, before thanking residents and commuters for their patience.

The city-led expansion and retrofit of the station, which opened in 1927, covered several hundred thousands square feet. It added new space for rail passengers and retail, restored heritage elements, and carved out better connections between GO Transit, Via Rail and the Toronto subway. Though hardly excusing its doubled timeline, parts of the job were tremendously complicated, requiring major excavation beneath rail lines that carried hundreds of thousands of commuters in and out of the station each day.

Estimated at $640.2 million when approved in 2009, city reports over the course of the project cite contractor performance issues, inadequate cost contingencies, as well as city resource shortages that made management of the project insufficient. Needless to say, the onset of the COVID-19 pandemic and the added site precautions it made necessary injected new layers of complexity.

It’s dragged on longer than most, but the delays at Union Station aren’t unique. The missed marks on schedule and budget are part of an industry-wide problem with over-promising, under-delivering, or both. According to an oft-cited McKinsey study, 98 per cent of megaprojects run at least 30 per cent over budget, and 77 per cent are handed over no less than 40 per cent behind schedule. McKinsey’s research pulls in only megaprojects — those costing over $1 billion — so while the Union Station revitalization doesn’t quite meet that criteria, it shares many of the hallmarks of a big infrastructure job, including considerable complexity, multiple stakeholders and over-optimism about what can be delivered at what cost. Among other top issues, McKinsey points to poor organization, flawed performance management, inadequate communication, insufficient risk management and contractual misunderstandings as several of the key challenges megaprojects face. With more and more of these big-ticket projects in transit, health care and infrastructure cropping up across Canada, all stakeholders should be working to address these pitfalls by improving collaboration, integrating the proper risk allocation into contracts and, as McKinsey puts it, “overinvesting” in planning.

Teams will get a second chance at hitting their targets at Union Station shortly. The city-led project is complete, but the upcoming Union Station Enhancement Project, headed by Metrolinx, will put crews to work on a pair of new platforms and concourse areas at the southern end of the station. Estimated at between $500 million and $1 billion, the work, likely to start this fall, means there will be little reprieve from the construction noise emanating from Canada’s busiest rail hub for the past 11 years.