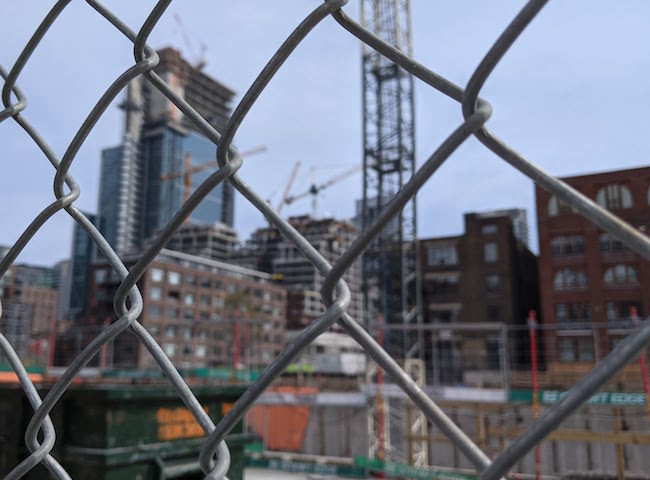 With many projects slowed and others delayed due to COVID, the industry will be gearing back up through 2021

With the vaccination rate rising, COVID-19 case counts falling and a wave of new work coming down the pike, Canada’s Top Contractors are looking ahead to the second half of 2021 — and the post-pandemic construction market — with a sense of optimism.

Between conventional infrastructure work, a diverse flurry of activity in major cities and new transit projects getting on track, Mike Wieninger, COO of PCL Construction’s Canadian operations, expects the industry will have its hands full as the country emerges from the pandemic.

“There’s been a pent-up energy and a pent-up demand,” Wieninger says. Stimulus dollars from the federal and provincial governments are one driver, he adds. Other segments of the industry restarting projects they had been forced to put a pin in last year is another.

“The pandemic is interesting because it really paused a lot of the pending work that was ready to be released,” he says.

Research organization BuildForce Canada is bullish as well, forecasting a healthy construction market through much of the 2020s, with particularly strong growth between now and 2023.

Bill Ferreira, BuildForce’s executive director, says that while the third wave of COVID-19 and the slower than anticipated rollout of vaccines may push the rebound back into the second half of 2021, he expects the industry to continue to gain steam heading into 2022.

“We anticipate that the construction economy is going to be robust, particularly next year as we start to see some of the measures that were announced in the budget find their way onto the street and as consumers start to take advantage of some of those programs,” Ferreira says. He points to government spending on institutional projects and conventional infrastructure as two pivotal areas.

The increase in construction material prices, however, does pose some risk. “Obviously that’s going to have an impact on supply chains,” Ferreira says.

Likewise, Wieninger has concerns about the “skyrocketing” price of key inputs like lumber and glass.

“It can get to the point where the pro forma doesn’t pencil, so there’s a little bit of uncertainty with escalating costs causing some projects to be delayed or cancelled,” he says.

Nevertheless, neither Wieninger nor Ferreira expect the higher material costs to derail the industry’s trajectory.

Seeing opportunity in a diverse array of areas, including some that have seen less momentum in recent years, Gilles Royer, chief operating officer of Bird Construction, is similarly encouraged looking ahead.

“There’s a lot of room to be optimistic with projects coming down and general spending going on in the economy,” he says. Along with upcoming civil work, he notes the company has growing confidence in the resource industry as higher commodity prices drive renewed interest in the sector.

In an On-Site poll of the country’s largest contractors conducted this May, few builders anticipate a decline in business this year, with results skewing heavily toward growth or steady activity. A clear majority, for instance, expect to see gains in the transportation, institutional, industrial, multi-unit residential and road building markets this year. Refer to the figure below for a detailed breakdown of sentiment by project type.

With the wider economy appearing to get back on track, the haze of uncertainty created by COVID-19 is lifting, but getting to the other side of the pandemic remains a work in progress. 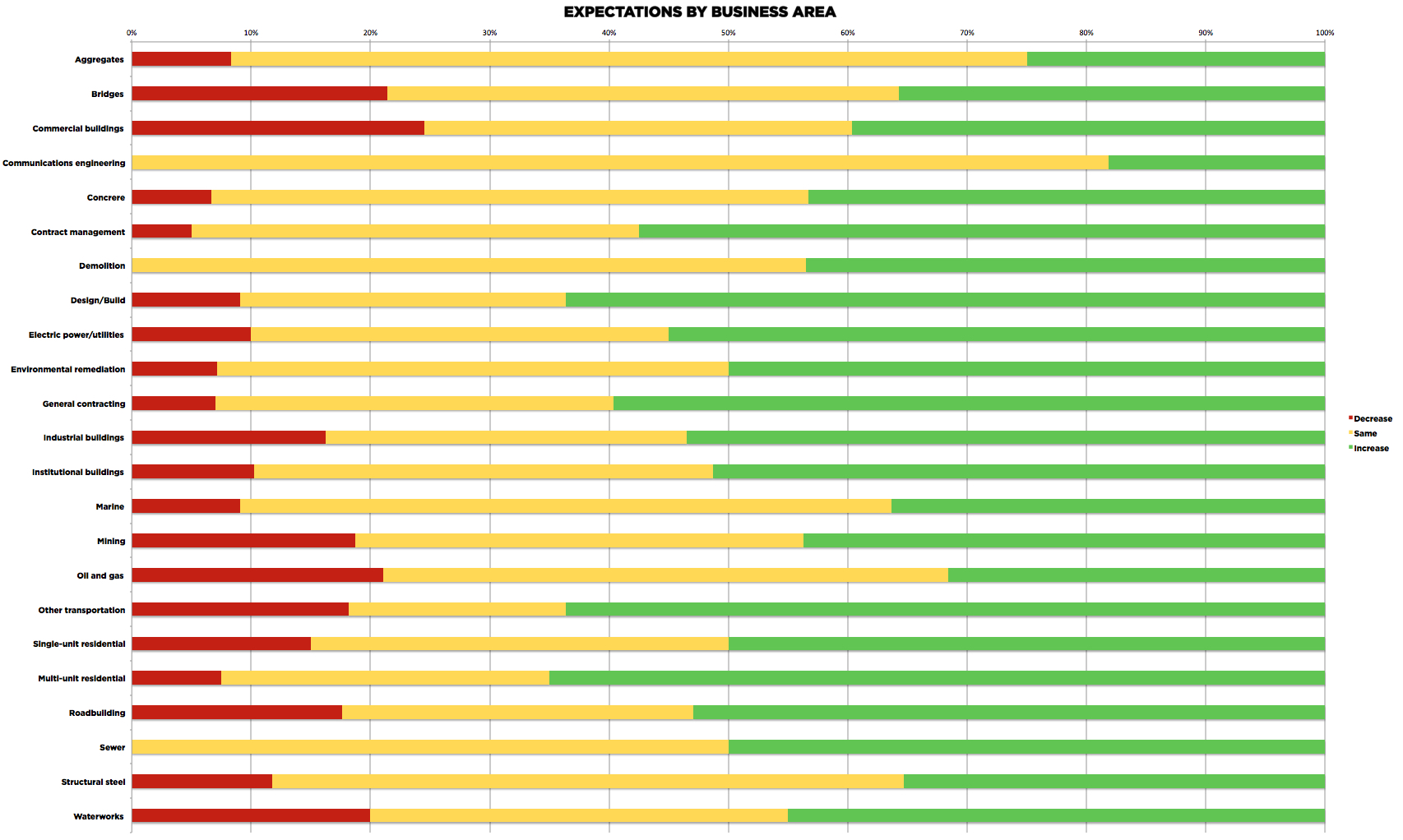 According to an On-Site poll conducted as part of the Top Contractors report. Click to enlarge

THE ‘SOMEWHAT’ BACK TO NORMAL

Across the country, through the 15 — and counting — months of the pandemic, the construction industry has remained largely operational. Contractors have adapted, as well as come together by sharing health and safety best practices to keep workers on the job and projects moving forward.

At the same time, there is a recognition that the pre-pandemic job site has likely gone through several irrevocable changes.

“As an industry, we’ve all learned through this that things are going to change,” says Steve Chaplin, vice-president of Health, Safety & Environment (HSE) at EllisDon.

As COVID-19 began its creep into Canada last year, the HSE team at EllisDon began stockpiling supplies, such as hand sanitizer and masks, to distribute to its sites throughout the country. Like other contractors, it established a screening procedure for staff, using QR codes to link workers to a daily set of questions. As 2020 wore on, it rolled out other tools like thermal imaging cameras and rapid antigen tests.

While many pandemic response measures will likely prove temporary, Chaplin expects amped up hygiene and increased focus on washroom cleanliness will be here to stay. Despite the industry’s perennial challenge with plumbing on active sites, EllisDon has also been installing wash stations and, when possible, trying to make heated water available.

Canada’s construction industry came together early on in the pandemic on health and safety, and all indications point to contractors sticking to the improved sanitation regimes in the post-COVID-19 world. Royer and Wieninger, for instance, expect to see a similar focus on hygiene on Bird and PCL sites moving forward.

“It should actually help other transmissions, even flus and anything like that,” Wieninger says. “In general, I think you’ll see people will be less sick.” PCL is also implementing more and more touchless technology in washrooms, on doors and in other areas to help cut down on transmissions.

In the shorter term, vaccines are poised to come into focus for employers across the country, with construction firms being no exception.

Unlike previous safety measures — thermal scans and rapid tests — the HSE team at EllisDon will be taking a different approach to vaccinations.

“People are very positional about vaccines,” Chaplin says. While the company hosted a community pop-up clinic with support from Modern Niagara and Flynn Group in Ontario in May, and plans to build awareness about and strongly encourage vaccines for staff, “if a worker refuses, that’s their choice,” Chaplin adds.

He sees a few possible exceptions down the line, such as instances when a client like a long-term care home or hospital requires all workers to be vaccinated. 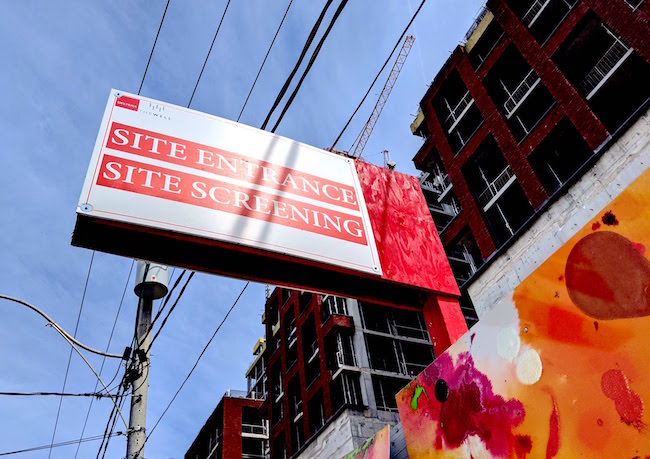 While there is still a fairly long road ahead, Chaplin is guardedly optimistic. With vaccinations, he says, the industry is heading toward a “somewhat back to normal.”

Technology adoption is another area contractors are not anticipating a rollback to the previous norm.

As early as last April, it was clear construction firms not already dialled into the latest technology would need to get up to speed in a hurry. In an On-Site poll this May, 86 per cent of contractors said COVID-19 prompted them to greatly or somewhat accelerate technology adoption.

“It served as quite a catalyst for technology improvement,” Royer says. “The innovations I saw across our organization from a technology standpoint were pretty interesting.”

The use of video conferencing tools — like Microsoft Teams or Zoom — erupted and had a clear value-add, Royer says. Where a phone call may have sufficed in the past, pulling in a third, or fourth, or fifth colleague onto a video call has been a simple way to improve collaboration while all but eliminating travel time.

In addition to keeping on top of projects, PCL has also turned to video calls for training purposes. Wieninger expects the shift will be here to stay, at least in part.

“It won’t be to the extent that we’re using it today, it’ll be less, but there is a nice balance between utilization of some of the video conferencing tools that are out there mixed in with the in-person,” he says.

Better communication is also permeating beyond internal teams and allowing for closer contact between owners, designers, contractors and subcontractors. 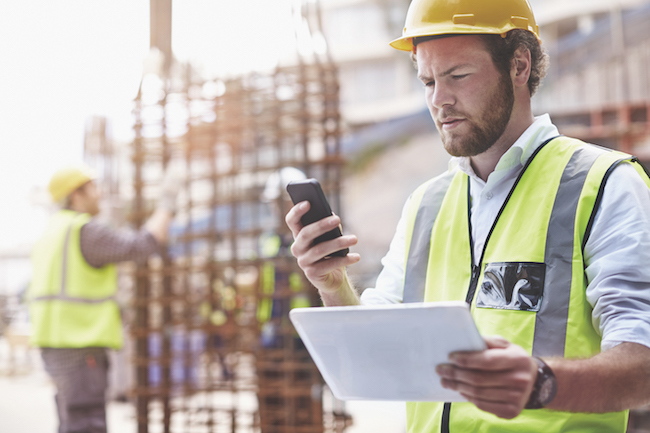 Improved community and the wider use of on-site technology are two of the major shifts COVID has prompted. PHOTO: Adobe Stock/Trevor Adeline/KOTO

Driven in part by software advancements that let separate project stakeholders work together on common platforms and better share information, Royer says the trend toward collaborative contracting is a game-changer for the industry.

“For us, it’s been a real breath of fresh air,” he says, noting Bird is involved in a number of projects using the integrated project delivery (IPD) model, and is pursuing several that use the alliance model as well.

“There’s a tremendous benefit to the owner by leveraging the trade contractor base at an earlier phase in the project,” he adds. “Their experience in the development of projects is underutilized in the industry.”

By integrating input from disparate teams early on, owners can head off a lot of issues that can crop up during construction, Royer says.

Similarly, Wieninger says PCL is always looking for better models to deliver projects more effectively. At the same time, he does not see more conventional building models as broken, or that IPDs or alliances will be guaranteed to translate to better-run projects.

“It’s all how you approach it,” he says. “In many cases, it’s not the model that is broken — the model is absolutely fine. The devil’s in the detail in how the risk is allocated and that in many cases is the problem.”

Still, with projects getting more and more complex, and the busy industry putting experienced project leaders in short supply, he sees working more closely together as one component to success.
“A collaborative approach is very much a great way of understanding and developing the risks each stakeholder takes on and offers the project to move forward and deliver the project the right way and having it done so everybody’s on the same page,” he says.

Tested by the pandemic, relationships across much of the industry have also strengthened, Chaplin notes.

“As horrible as this was, it forged stronger partnerships than ever,” he says. From a safety standpoint, he notes EllisDon has been working hand in hand with, among others, the Central Ontario Building Trades and governments of all levels, taking a united approach to addressing concerns on-site as they arise. 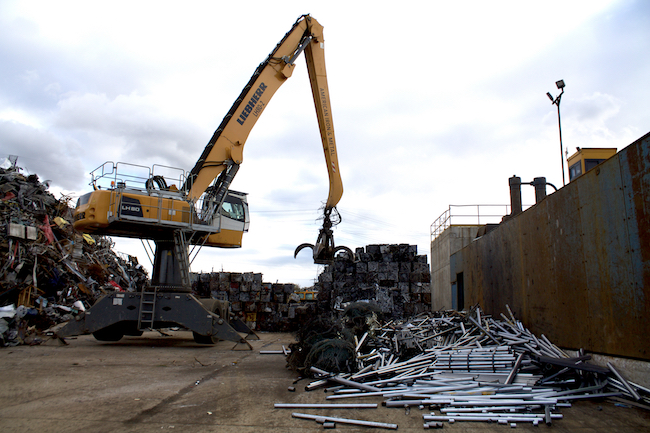 The adjustments will not stop there.

Emerging issues, such as sustainability, are expected to continue to make their way up agendas across the industry in the near term. Just under one in four of the contractors On-Site polled said sustainability initiatives were among their top priorities, with nearly half saying the issue was in the middle of their to-do lists. On the other hand, just under 23 per cent cited sustainability as a low priority, with another seven per cent not watching the issue at all.

It is one example of a wide range of new priorities contractors are taking stock of. Modular construction is another, which itself could aid in waste and emissions reduction, as well as with the industry’s long-running labour challenge.

On that front, it will be a busy few years. To match the pent-up demand and offset retirements, the industry will need to add roughly 81,000 workers between now and 2030, according to the latest figures from BuildForce. With much of the growth concentrated between now and 2025, recruitment and retention will be an immediate concern in 2021 and beyond.

This article first appeared in the June 2021 edition of On-Site. To read through the whole issue, click here.

It is one component of the 2021 Top Contractors report.