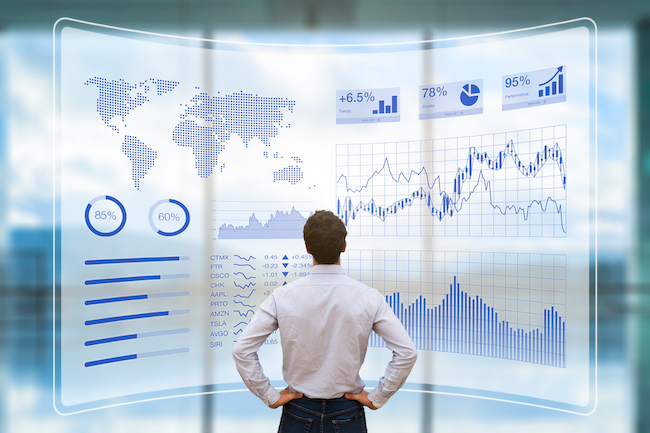 Making better use of data requires building a framework to collect it and make it accessible. PHOTO: Getty Image/NicoElNino

Whether you’re generating data the traditional way through clipboard-wielding workers, or the emerging route using job site sensors and other tech tools, accurate and timely information can make or break a construction project.

Material price increases, labour shortages, defective workmanship and ineffective communication between project stakeholders are just a few in a long list of risks David Bowcott, the global director of Growth, Innovation & Insight within the Global Construction and Infrastructure Group at Aon, put front and centre in a panel discussion hosted by On-Site last month. Few risks, if any, can’t be managed by making better use of data, giving contractors more control over risk mitigation than ever before.

“When we’re looking at these risks, let’s be conscious that there are opportunities as a result of them, and seizing those, I think, are the things that make good companies great,” Bowcott says.

In the past, construction data has been available, but was far more limited.

Neil Banerjee, senior vice-president of Operations with Matheson Constructors, has watched the evolution over a nearly 30-year career. Starting as a field engineer in Thunder Bay, Ont., he cut his teeth tracking concrete strengths, often by simply dropping thermostats under curing tarps overnight.

“We’d come by in the morning and see,” he says. “It would track the low-point and the high-point of the temperature, so we could see if we had a problem or not. But we would discover that problem at seven in the morning.”

Tracked on paper and rarely actionable, this old way of collecting information has been made obsolete by modern sensors and software, Banerjee says. Mobile devices, the cloud and tools like BIM (building information modelling) have rewired job sites, with much of the transition taking place in the past decade.

“Things are very exciting right now if you look at what’s on the horizon and what the technology and the data can actually do for us,” he says.

The evolution of concrete data is just one example. Relying on Internet of Things (IoT) sensors, Chris Gower, chief operating officer for PCL Construction’s Buildings division, says the contractor is able to eliminate the guesswork and speed construction schedules.

“You don’t have to break cylinders anymore,” he says. “You can get real-time data when concrete is cured, which means you can strip falsework earlier and you can do it with certainty, knowing it’s safe.”

Water leaks, Gower says, are another devastating risk on projects.

“When you’re building a residential condo and you’re nearly finished and you have a major leak, it can cost millions and delay the project. Having insurance isn’t enough because… there are homeowners that are expecting to move in and that disruption damages our brand and the owner’s brand,” he says.

Concrete and leak detection sensors are two tools in a suite of technologies PCL is using on its sites. Sensors to track humidity to prevent the delamination of millwork, sensors on heaters to ensure they aren’t running low on fuel, and sensors on hoarding to detect if it’s come loose are a few others. In all areas, Gower says, sensors let its teams take action in real-time, mitigating risks and streamlining the construction process.

Between sensors and the shift to the cloud, job sites and offices are also better connected than ever before, Banerjee says.

“We can sort of see where we’re at and identify some of those schedule risks and also financial risks,” he says, adding that on jobs that have a lot of outstanding changes, up-to-date financial data is vital. The improved information flow helps boost quality control, letting the company catch issues early and avoid litigation down the road.

“You’re talking about millions and millions of dollars of lost revenue if something goes wrong afterwards… this technology is really a way to mitigate some of these risks,” Banerjee says

STARTING DOWN THE PATH

Building good data architecture and a strong data strategy are two of the key steps to combating risk and taking advantage of the opportunities timely information offers. And getting started does not necessarily have to be a daunting task.

“Ultimately, you know where you’re suffering,” Bowcott says, adding that contractors can use data to suss out the areas they need to improve. “Use it to identify where the biggest problems are and then apply other technologies to solve for those problems and operational practices and contractual changes.”

Likewise, Gower encourages contractors to start with the basics — such as job site sensors — and then work toward a longer-term, broader data strategy. It takes both leadership and engagement across all departments, however.

“If you’re not prepared to make an investment in technology knowing that you’ll benefit later through efficiencies, it won’t happen,” he says. “That’s a top-down leadership decision at the very highest level of the organization.”

With a commitment from management, individual departments — from estimating to operations and safety — need to get involved, Banerjee says.
Meanwhile, contractors can’t do it alone, meaning building partnerships with technology and data analytics experts will be integral to charting the path forward, particularly when it comes to emerging opportunities with artificial intelligence.

Even for the big players in the Canadian construction industry, it’s early days for AI applications. PCL, for instance, has only begun to test the waters, applying it in just a few scenarios, such as crawling through photographs with AI to identify safety infractions. Still, Gower anticipates the broader set of technologies to advance rapidly and that AI will be in regular use on job sites within the next couple of years.

“I think, frankly, it’s going to revolutionize the business, as it has many, many others, and it’s coming,” he says, adding that the company is also doing its due diligence to be ready to put it to use. “The more you’re ready for it to come, the more your data is organized well, the more that you use tech so that you can have more data to analyze, you’re in a better place to leverage it.”

The eventual aim will be to use AI to both minimize risk and boost productivity by identifying trends.

“It’s going to identify potential issues that otherwise we’d have to go searching for,” Banerjee says. Picking out these outliers could be as simple as an algorithm identifying what time of day work injuries are highest, allowing safety teams to take corrective action. More advanced applications abound, from AI-powered scheduling to predictive risk management.

“It’s already coming together,” Bowcott says, pointing to data alliances within construction that are amalgamating data from both the construction and insurance industries.

“Imagine you get all these data points before [an incident] happened?” he says. “What the machine learning does is it looks for, ‘Hey, is there something in this data that could have predicted that thing happening? That’s where it’s getting.”

As construction companies refine their data collection protocols and build out their data history, AI’s ability to sift through the information will improve, offering significant payback to contractors that have dedicated the resources to building out their data strategies early.

“The speed at which we can get that information to the eyes and ears… of the person doing the work and making the decisions, is going to be one of the tricks,” Bowcott says.

This article first appeared in the June 2021 edition of On-Site. Click here to read through the entire issue.