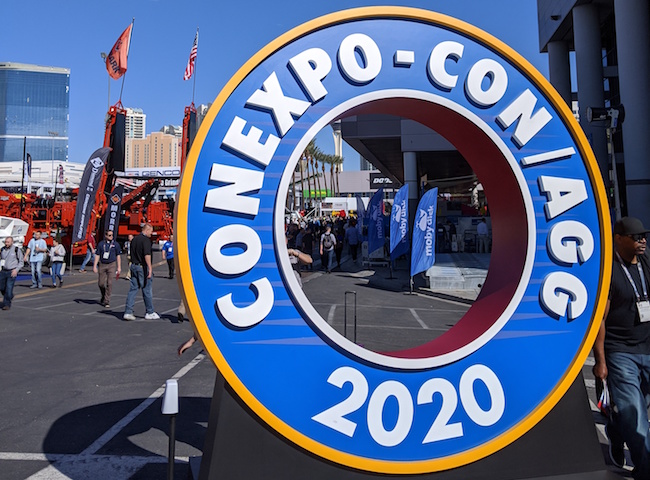 North American’s largest construction show will end a day earlier than scheduled due to growing concerns about COVID-19, commonly referred to as coronavirus.

At 8 p.m. March 12, the Association of Equipment Manufacturers said CONEXPO-CON/AGG, which draws tens of thousands in Las Vegas, will wrap up March 13 as opposed to a day later.

“We made this decision based on conversations with our AEM officers and other leadership, several top exhibitors, the Las Vegas Convention and Visitors Authority and the office of the Nevada Governor,” the AEM said in a release.

The group pointed to travel restrictions announced by U.S. President Donald Trump a day earlier and changing corporate travel policies as two of the main reason for the change. Cases of coronavirus have been climbing for weeks and the World Health Organization officially designated the outbreak a pandemic March 11.

Ahead of the show, the AEM noted it was taking special precautions to protect attendees, such as installing extra hand sanitizer stations and encouraging a “no handshake” policy across the Las Vegas Convention Center.

Earlier Thursday, the AEM pointed to a Southern Nevada Health District statement saying, “Clark County residents and visitors remain at ‘low risk’ of contracting the virus.” The AEM said it will be releasing more information, including the show’s attendance figures shortly.