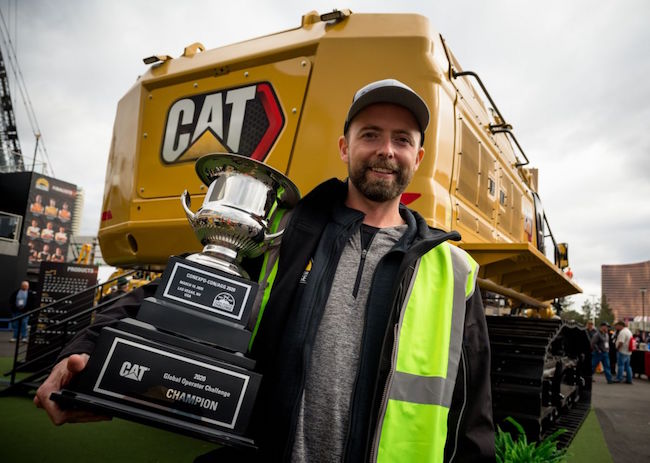 After a year of hard-fought competitions around the world, Caterpillar Inc. has crowned the winner of its inaugural Global Operator Challenge.

Nine equipment operators from North and South America, Europe and Asia stepped into the dirt March 10 to face off in the final stage of the gruelling test of skill, resilience and adaptability. A rare rainy morning in Las Vegas tested the capabilities of the construction veterans at Cat’s freshly-erected Operators Stadium on the grounds of CONEXPO-CON/AGG 2020.

Each of the operators had already faced down numerous rounds of opponents to earn their place to compete at the championships in Vegas. Through local and regional qualifying rounds, the nine finalists topped a field of about 10,000 original entrants. 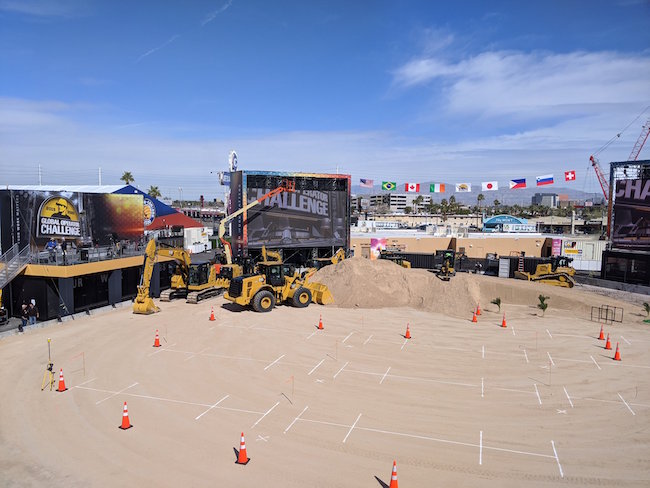 When the wheel loader and excavator engines fell silent Tuesday, however, it was Medicine hat, Alta.’s Jaus Neigum who raised the trophy and laid claim to the hard-earned bragging rights. Neigum was met with congratulations from Caterpillar’s chairman and CEO, Jim Umpleby, as well as prominent TV host Mike Rowe, who helped host the day-long battle in the dirt.

Though Neigum had got his nose in front right out of the gate by logging a convincing victory in the Load and Carry challenge, the overall win was far from a foregone conclusion. A strong challenge from the Republic of Ireland’s Thomas Murphy, saw the Canadian slip to second after the Control to a Tee competition, which required operators to drop a golf ball into a hole using a mini excavator.

Nevertheless, in the final Trenching Challenge, Neigum kept his cool. He led the field, cementing the win with a total time of 16 minutes, 28 seconds. Murphy was close behind in second at 18 minutes, two seconds. 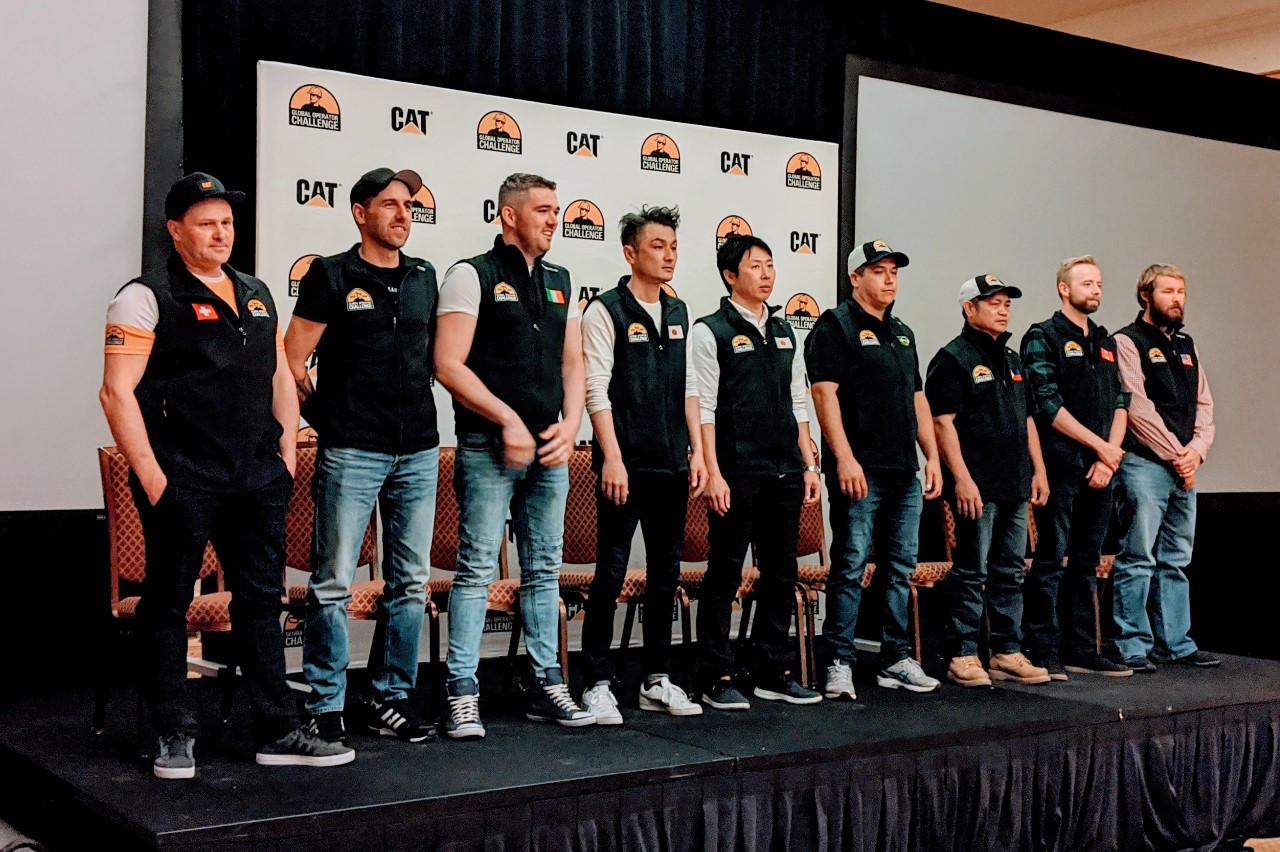 The nine finalists ahead of the March 10 competition. Neigum is second from the right, Murphy, third from the left

Other competitors hailed from Brazil, Germany, Japan, Philippines, Switzerland, and the U.S.

Neigum is part owner of Alberta-based Industrial Backhoes Ltd., which has been operating out of Medicine Hat for the past 40 years. He’s been at home in an operator’s chair for years, having originally learned the ropes from his father.