November 20, 2019   By The Canadian Press
Construction 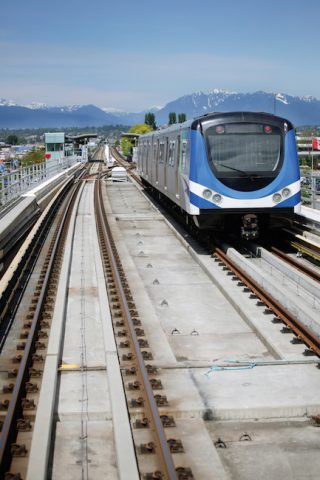 A SkyTrain extension is among the major projects being delivered using the new framework. PHOTO: Getty Images

More than 100 construction workers and independent contractors were at the British Columbia legislature Tuesday demanding the government drop its public project development policy that they say shuts out qualified workers.

Wilkinson stood with the workers who said the government’s Community Benefits Agreements discriminate against trades workers who are not members of unions that have government deals to build major public projects.

“There is nobody here who should be classified as a friend or enemy,” said Wilkinson. “Somehow the NDP has decided it is going to pick winners and losers.”

Members of the Christian Labour Association, Progressive Contractors Association and the Canada West Union gathered outside the legislature to speak out against the agreements that they say discriminates against them because they are not members of favoured unions. Earlier in the year, the groups also launched a legal challenge against the province’s new rules. The B.C. Supreme Court is expected to hear the case early next year.

“These workers represent 85 per cent of the construction workforce who have been cut out of (Premier) John Horgan’s Community Benefit Agreements,” said Christian labour spokesman Ryan Bruce. “We’re here today to get some answers and tell the government that we’d like them to pull this agreement back.”

Horgan said B.C. is enjoying a construction boom where unemployment is the lowest in Canada, and among the hundreds of project sites across the province, the government has Community Benefits Agreements on three public projects.

He said those projects are the replacement of the Pattullo Bridge in New Westminster, the Broadway SkyTrain line in Vancouver and widening of the Trans-Canada Highway from the Alberta boundary to Kamloops.

Transportation Minister Claire Trevena said the Community Benefits Agreements include clauses that ensure large numbers of apprentice workers are part of the workforce.