BC Hydro Site C project should be open to all contractors and workers to bid: PCA 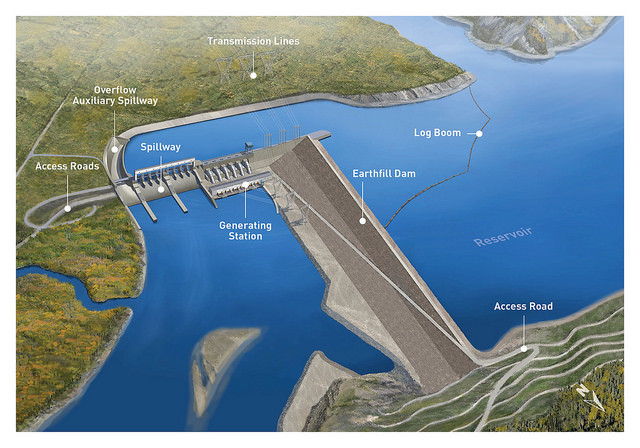 Union and non-union workers and contractors deserve the right to bid and work on the massive BC Hydro Site C project, argues the Progressive Contractors Association of Canada.

“Excluding progressively unionized and non-union skilled tradespersons from working on large scale projects like this serves no one,” says Paul de Jong, president of the Progressive Contractors Association of Canada, in a recent press release.

Speaking in response to proposed court action by the BC and Yukon Building and Construction Trades Council (BCTC) that would seek to ban any non-BCTC workers from working on Site C, de Jong notes that the premise of BCTC’s argument is inaccurate and does not represent the modern labour reality in British Columbia.

“Things have changed a great deal since the 1960’s, and the BCTC seems not to have noticed” de Jong says.”Today BC’s largest infrastructure projects rely upon a labour organized in different ways: traditional unions, progressively-organized labour like CLAC, and non-union. There’s room – and frankly great need right now — for a variety of labour-management models, and a broad and inclusive labour force.”

“A little competition would do the industry – and the province – a whole lot of good.”

De Jong points out that companies that use progressively organized labour, have successfully built some of BC’s and western Canada’s largest projects, like the sea-to-sky highway and  the Port Mann Bridge – not to mention many of the major projects and mines in the Alberta oil sands and BC’s north.

“PCA member companies employ well over 25,000 skilled tradespersons in Western Canada,” de Jong notes. “Projects like Site C simply can’t be completed – let alone completed on time and under budget – by BCTC unions alone. We’re going to need to pull together with all of BC’s resources to complete this and other large projects on BC’s horizon – including LNG.”