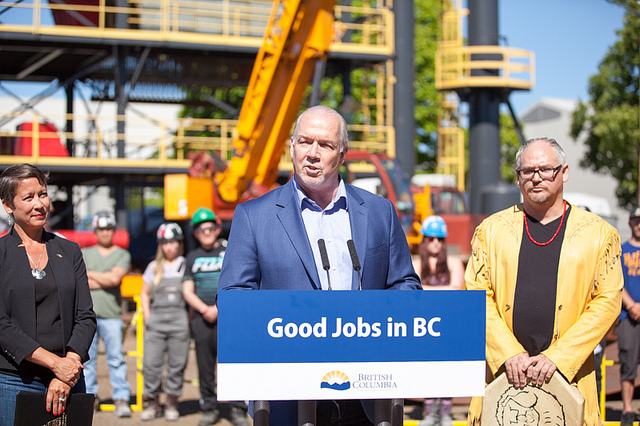 The association filed a petition Aug. 27 with the court alongside several other building and trade organizations, as well as the BC Chamber of Commerce and two unions it says are not affiliated with the building trades: the Christian Labour Association of Canada and Canada West Construction Union.

Association president Chris Gardner said the policy means only members of building trade unions will be hired for public construction jobs and that’s not fair to the 85 per cent of construction workers who don’t belong to the unions.

“The new model is discriminatory and unfair,” he said. “What the government has done is create a monopoly for the building trade unions.”

While any construction company can bid on a project, Gardner said the framework requires workers to join or belong to one of 19 unions.

Gardner said it also means those unions will determine who works each part of the project, meaning companies may not have access to their usual employees, which he said could create safety, efficiency and productivity problems.

When the new framework was announced last month, Premier John Horgan said it would allow anyone to bid on the projects, but it would make hiring local workers a priority and provide good wages for people building roads, bridges, transit and hospitals.

The B.C. government said projects worth billions of dollars will now be built under a so-called community benefits agreement that sets out job training, who can work on the projects and the wages to be paid.

It said the agreement is aimed at boosting apprenticeship opportunities and hiring more women, Indigenous people and other under-represented workers who will be organized under a new Crown corporation called BC Infrastructure Benefits Inc.

The first two projects to be delivered under the plan will be the new $1.3-billion Pattullo Bridge and the four-lane expansion between Kamloops, B.C., and the Alberta boundary on Highway 1.

The provincial government did not immediately respond to a request for comment.