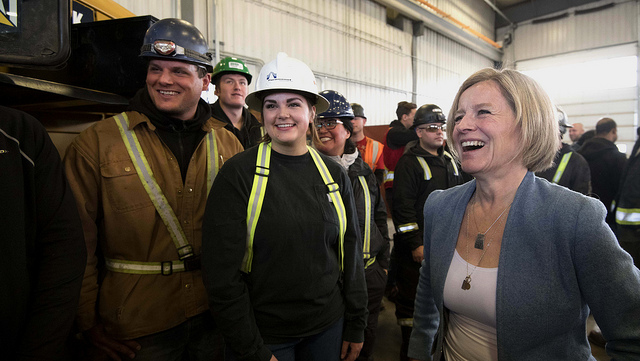 The premier announced the project and the government support package Feb. 20. PHOTO: Government of Alberta

GRANDE PRAIRIE, Alta.—Alberta is giving $80 million in future royalty credits for construction of a new methanol plant in the province’s northwest.

Premier Rachel Notley says Nauticol Energy is to start construction on the $2 billion plant near Grande Prairie next year with an opening set for 2022.

She says the project is expected to create 3,000 jobs direct and indirect jobs, including 1,000 in construction while contractors build the facility.

The NDP government has been announcing financing as part of a made-in-Alberta strategy to support diversification in the energy sector.

Methanol is used in making products such as paint, plastic, electronics, shoes and furniture and is used widely in energy applications such as biodiesel.

“Nauticol’s major investment in the Peace region means thousands of good jobs and more upgrading of our raw resources into the products the world needs right here at home,” Notley told a news conference in Grande Prairie Feb. 20.

“By seizing these opportunities today, we’re making sure our kids and grandkids have new opportunities in a stronger, more diversified energy sector.”