Design plans call for five kilometres of tunnelling, construction of six underground stations and 700-metres of elevated rail to connect the new tunnel to the existing SkyTrain 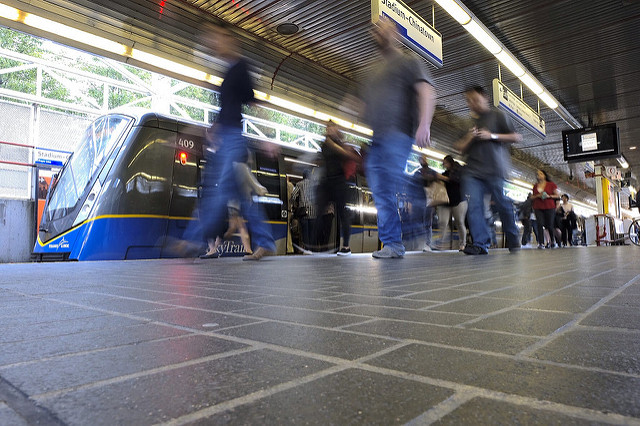 The major infrastructure project is funded by the provincial, municipal and federal governments. PHOTO: Government of B.C.

VANCOUVER—The British Columbia government has kick-started the procurement process for a multibillion-dollar construction project that will extend one of Vancouver’s SkyTrain lines nearly six kilometres under Broadway.

The province issued a request for qualifications late last week for firms interested in vying for the $2.83 billion project.

“I’m excited that following years of planning, regional prioritizing and funding discussions, we have the green light to start construction on the Arbutus portion of the Broadway Subway,” Kennedy Stewart, Vancouver’s mayor, said in a statement. “The Broadway Subway is not only Vancouver’s number one transportation priority but an infrastructure investment that helps improve the entire region’s transportation future.”

The project will extend Vancouver’s Millennium Line from the existing VCC–Clark Station west to Arbutus Street. The 5.7-kilometre route includes six new stations. Unlike other segments of the line that run on elevated guideways, the extension will be underground.

The RFQ will close this April, after which the province will pare down the list of consortia bidding for the project to three. Like other major projects recently tendered in the province, the subway project will be delivered using B.C.’s new Community Benefits Agreement.

The winning construction team will be responsible for designing, building and financing the project. Current design plans require five kilometres of tunnelling, construction of six underground stations and a 700-metre elevated line to connect the new tunnel with VCC-Clark Station. One of the new stations, at Cambie Street, will also require an interchange with the city’s north-south-running Canada Line.

Early preparation work for the project is already underway.

Construction is scheduled to begin in earnest in 2020 after the main contract is awarded. The extended rail system is expected to start carrying passengers by 2025.