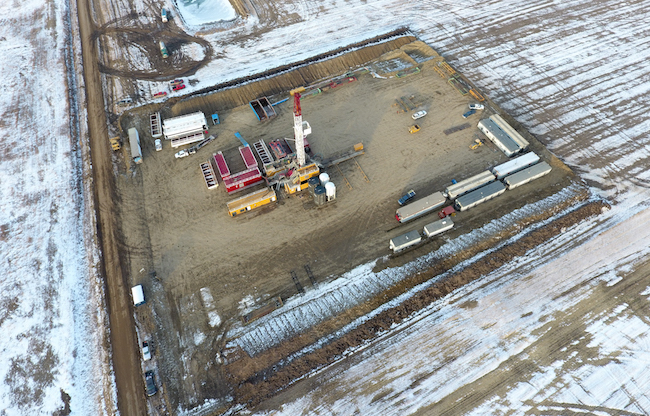 The company plans to build a five megawatt power plant at the site in southern Saskatchewan. PHOTO: DEEP

REGINA—Thousands of small-scale geothermal boreholes have been drilled across Canada over the past several years for home heating, but until now, the country has not tapped into the clean source of energy to produce power.

Work on the Estevan, Sask. project — the first of its kind in Canada — is already well underway. DEEP spearheaded a feasibility study in 2014 and signed a power purchase agreement with provincial utility SaskPower that will allow the project to move forward last November. Natural Resources Canada will pay half the total project costs, which are expected to tally $51.3 million.

The funding will assist the company in building a facility with capacity to produce five megawatts of power, or enough to power about 5,000 homes. Like other such projects worldwide, the geothermal firm plans to harvest heat energy from reservoirs trapped well beneath the Earth’s surface and convert that heat to electricity. The scope of the project remains at a modest 5 MW initially, but DEEP said it could be expanded in the future to generate more power.

Coinciding with Trudeau’s announcement, the Saskatoon-based company said Friday that it has completed drilling its first geothermal test well. At 3,530 metres the company said the well extends into the Precambrian bedrock and is the deepest well ever drilled in the province.

Ottawa said the project will create about 100 jobs during the construction phase.