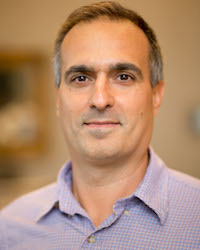 The contractor announced the move Nov. 4, with Kieran Hawe, COO and executive vice-president of Construction Operations, pointing to the “integrity and great values” Bruni is known for throughout the industry.

“Never afraid of a challenge, he is always looking for ways to grow our business and is determined to provide employees with great career opportunities as he leads the area,” Hawe said in a release.

Bruni originally joined EllisDon as a project coordinator in 2000 and later served as a project manager and construction manager on projects throughout Ontario and Saskatchewan. He left the company in 2017 to join a private developer, before returning to EllisDon early this year.

“The opportunities with EllisDon seem to be endless,” Bruni said in a release. “To continue my career working with such impressive people past and current, and now to expand that network with the London team is such a privilege. I am so grateful to be a part of this team.”

Bruni will take over the role of vice-president and area manager, South Western Ontario, effective immediately.