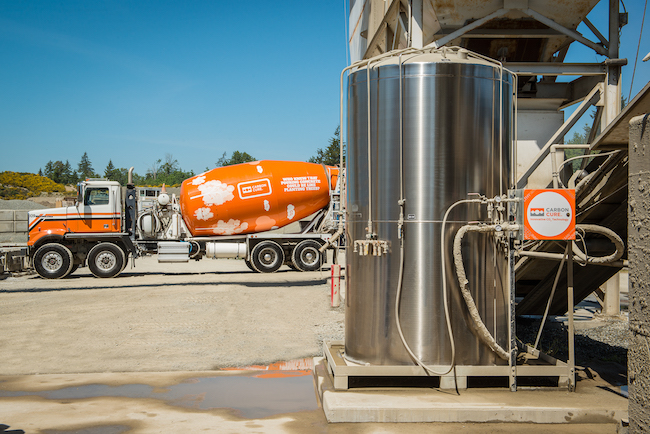 HALIFAX—An East Coast cleantech firm that has carved out a niche for itself in the highly competitive concrete industry has secured the backing of some of the world’s biggest business moguls.

CarbonCure Technologies Inc. said Sept. 26 is has closed a strategic investment round led by Breakthrough Energy Ventures, a cleantech fund backed by Bill Gates, Jeff Bezos and Richard Branson, among other prominent individuals and companies.

Breakthrough Energy targets companies with the potential to eliminate half a gigaton of greenhouse gas emissions or more each year, according to Carmichael Roberts, a member of the investment fund.

“CarbonCure represents a triple threat in achieving this goal: compelling economics with a solution that delivers value for customers from day-one, products in market today, and a measurable impact on reducing carbon emissions in the built environment,” Roberts said in a statement.

The Halifax-based company’s bolt-on technology injects carbon dioxide into fresh concrete during the production process. By locking the greenhouse gas into the abundant construction material before it sets, the process traps CO2 while also improving the strength of the concrete. The technology is already being used by more than 100 concrete producers in the U.S. and Canada. The company says the new investment will allow it to expand into international markets, as well as commercialize new processes.

“We’ve made it simple and profitable for the construction industry to build resilient structures with lower CO2 emissions,” Rob Niven, CarbonCure’s founder and CEO, said in a statement. “Every tonne of CO2 utilized in concrete production with the CarbonCure Technology results in a multiplier effect that saves an additional 28 tonnes of CO2 and over $3,100 in production efficiencies.”

The value of the Breakthrough Energy’s investment in CarbonCure was not disclosed, but the company said the investment fund will gain a seat on its board of directors.

While the funding round was led by the high-profile cleantech fund, it also included the GreenSoil Building Innovation Fund and follow-on investment from BDC Venture Capital’s Industrial, Clean and Energy Technology Venture Fund.