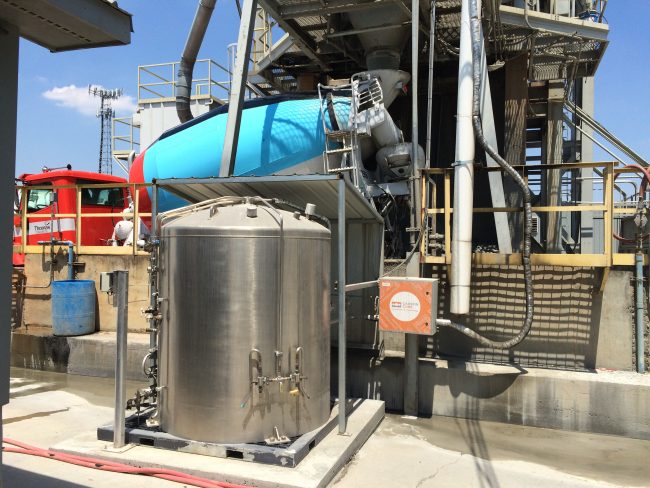 The Halifax-based business, whose technology is now used by nearly 300 concrete producers, announced it closed its latest funding round Sept. 17.

“This collaborative investment by technology and property development firms is a great endorsement of CarbonCure as the go-to [carbon dioxide removal] solution for the growing tech construction space and the overall shift towards low embodied carbon construction materials,” Robert Niven, the company’s CEO and co-founder, said in a release.

Amazon said the investment will help it reach its target of carbon neutrality by 2040.

“We are looking forward to lowering the carbon footprint of many of our buildings by using CarbonCure concrete, including in Amazon’s HQ2 building in Virginia,” Kara Hurst, Amazon’s vice-president of Sustainability, said in a release.

Since its founding in 2007, CarbonCure has installed its retrofit technology at hundreds of concrete plants around the world. Its equipment injects carbon dioxide into a concrete mix when it is still wet, where the CO2 reacts with calcium ions from cement to form calcium carbonate. The process traps CO2 within concrete while also strengthening the mix.

The new backing, which CarbonCure plans to use to continue its worldwide expansion, follows up on a previous investment from BEV in 2018.

Niven said the latest tech-driven funding round is emblematic of a wider focus on sustainability within the building industry.

“This investment in CDR signals a broader change for public and private infrastructure projects as industries and governments turn their focus toward the reduction of embodied carbon,” he said.

Earlier this month, 40 of the world’s largest cement and concrete producers announced plans to work toward zero-carbon concrete by 2050.