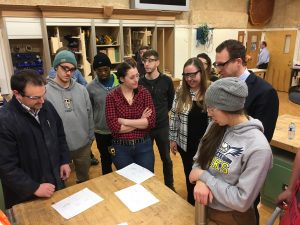 Under Alberta’s 2017 budget, $46 million was committed for apprenticeship delivery.

Alberta has introduced a new bidding policy for contractors to utilize apprentices in construction-related trades on large-scale, public infrastructure projects.

The policy requires apprentices in the 11 trades to participate on major public projects valued over $15 million, or those that will take two years or more to complete.

Sub-contracts of $500,000 or greater will also be required to comply with the new requirement and employ at least one apprentice.

“Apprentices will tell you that real-world experience and mentorship are invaluable to their training and development,” said j’Amey Bevan, chair of the Alberta Apprenticeship and Industry Training Board. “This is an important initiative that recognizes the value of supporting apprentices and apprenticeship training on publicly funded projects.”

As of Dec. 31, 2017, there were about 50,000 registered apprentices in Alberta in more than 50 designated trades and occupations, according to the province.

In Alberta, about 80 per cent of apprentice training is conducted on the job under the supervision of a certified journeyperson or qualified individual. Class or lab work through an approved provider accounts for 20 per cent of training.

Although Alberta has only 13 per cent of Canada’s labour force, about 21 per cent of the country’s apprentices train in the province, according to the Alberta government.