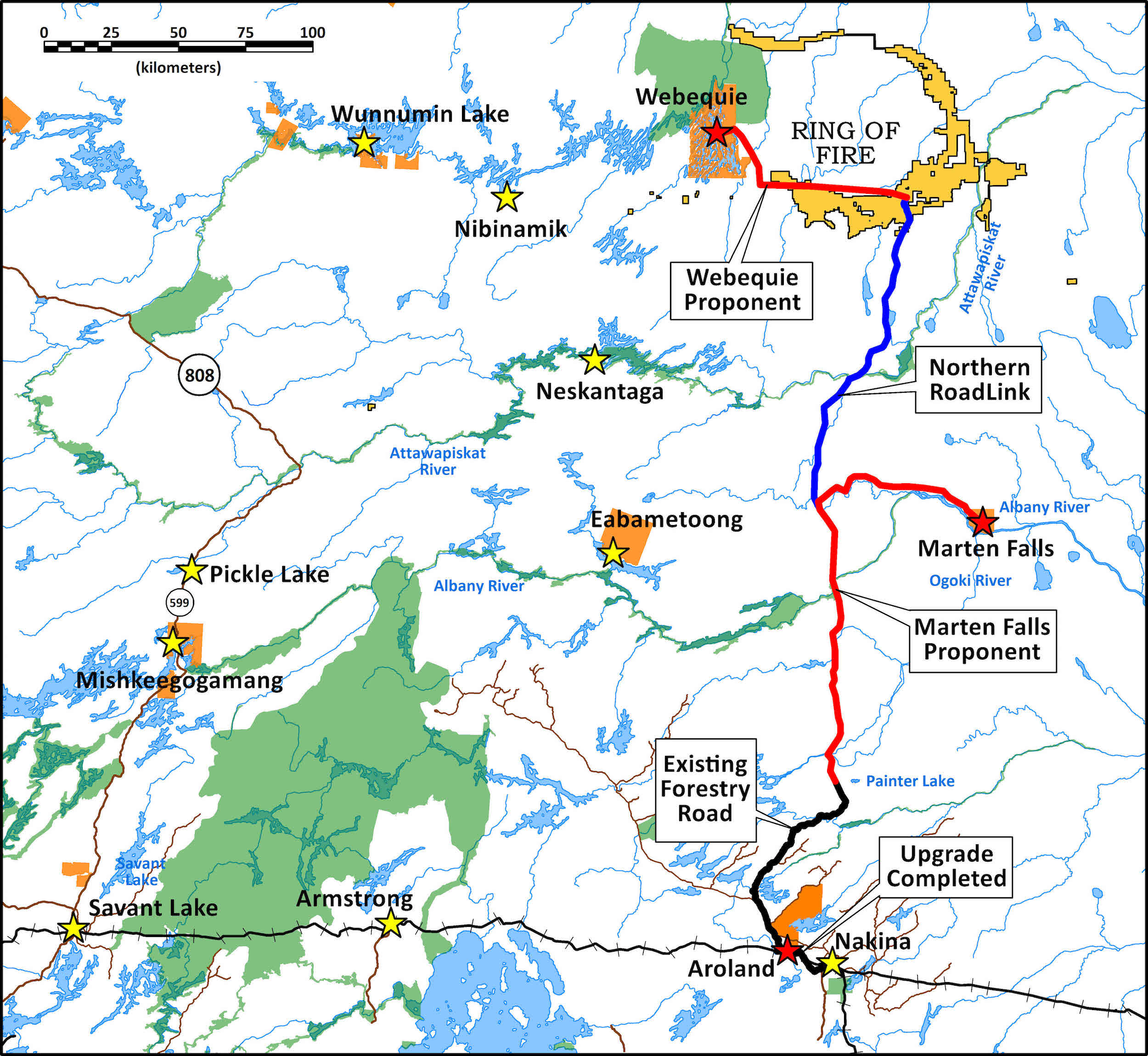 Two Ontario First Nation groups have signed an agreement with the province aimed at speeding up planning for a proposed set of roads into a remote northern region known as the Ring of Fire.

Chief Bruce Achneepineskum of the Marten Falls First Nation and Chief Cornelius Wabasse of the Webequie First Nation, signed the partnership deal, along with Premier Doug Ford and Greg Rickford, the province’s minister of Energy, Northern Development and Mines and Minister of Indigenous Affairs, in Toronto March 2.

“After 15 years of delay by the previous government, we said we would build a road to the Ring of Fire, and we are working with our incredible partners in the Marten Falls First Nation and Webequie First Nation to do just that and make sure we do it right,” Ford said in a release.

The proposed series of all-season roads would extend north from the Lake Nipigon area, where current routes come to an end, stretching some 300 kilometres to the Marten Falls and Webequie First Nations, as well as into the Ring of Fire.

The C-shaped region spans some 5,000 square kilometres and is known for its potential mine sites with deposits of chromite, nickel, copper and platinum.

Along with opening the region to resource development, the province said the all-season road would improve key infrastructure, such as internet and cell service, for First Nations in the area. Mining projects would also create new economic opportunities for the communities.

The agreement will spur environmental assessments of the set of roads, but stops short of committing any provincial funds for construction.

The Ontario PC government has been critical of how their Liberal predecessors handled the potential road project, vowing to restart the planning process last summer.