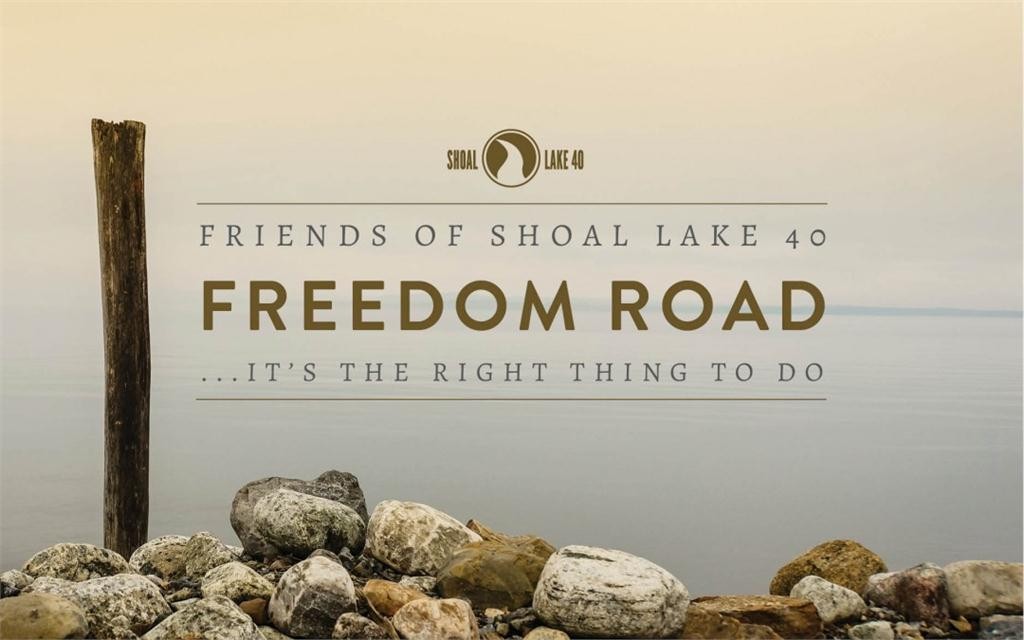 $30 million in government funding has been committed to build the Freedom Road that will connect the Shoal Lake No. 40 First Nation with the Manitoba Trans-Canada highway

A new $30 million, 24-km all-season road will be built to provide a full-time connection from Shoal Lake No. 40 First Nation to the Trans-Canada Highway in Manitoba.

Shoal Lake No. 40 is a First Nation community that straddles the Ontario-Manitoba border and has an on-reserve population of about 290 people. The First Nation was cut off from the mainland in 1917 when a nearby channel was cut in order to bring drinking water to the City of Winnipeg. The reserve has been under a boil water advisory for the past 18 years — one of the longest anywhere in Canada. The First Nation has long sought a permanent all-weather road to provide the community with secure and constant access to essential services, including emergency medical services and waste collection. The ferrybarge that serves the island was recently declared unsafe forcing private boats to ferry supplies to the residents.

Freedom Road will also increase the community’s access to economic development opportunities, such as eco-tourism ventures, and lower the costs of future construction projects.

“We welcome the Government of Canada to our partnership with the Province of Manitoba and the City of Winnipeg to finally secure the access we have lacked for so long,” said Chief Erin Redsky. “Our situation is unique and requires creative problem-solving. We thank the governments of Canada, Manitoba and the City of Winnipeg for their commitments and their willingness to collaborate with our community.”

All three levels of government already committed up to $1 million each for the design work of Freedom Road. That work is underway and is expected to be completed in spring 2016.