BC Supreme Court rules to stop a new road from being constructed in a park. 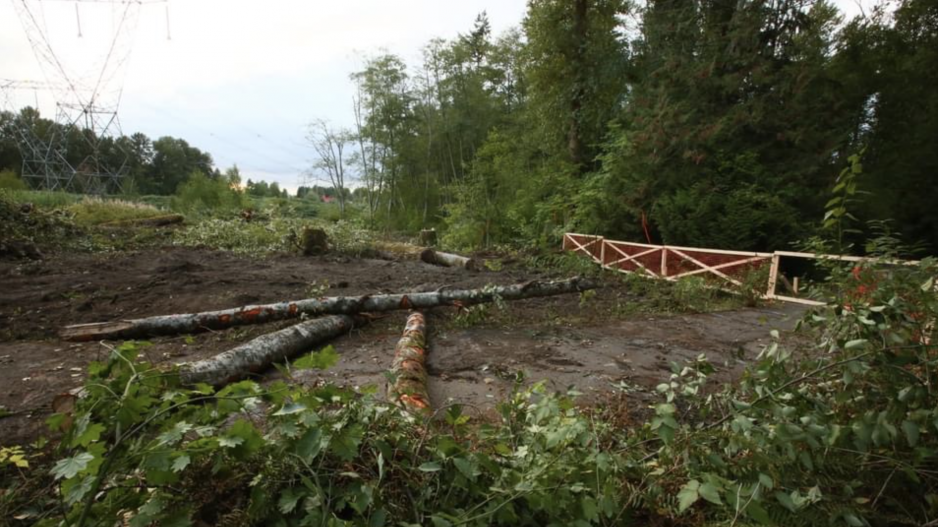 A felled tree at the site of the proposed road. Photo: Sebastian Sajda

Construction on a proposed new road in Surrey, B.C. has been halted after the BC Supreme Court ruled to uphold an interim injunction filed by an environmental group.

This is a key win for Force of Nature Society to stop the building of a $16.75 million extension of 84 Avenue east of King George Boulevard. The court has ordered the City of Surrey to basically halt all work and stop cutting down trees, after 13 had already been taken down during the hearings.

Based on its claims that the area south of the proposed road is designated as a park (part of Bear Creek Park), the society has asked the court to prohibit Surrey from proceeding with the project.

A hearing will be held on October 14 and until that time, the city cannot rush construction.

As per the court ruling, this is the fourth time this road has been proposed over the last 21 years, and it consistently met with opposition from the public.