Construction on $860.8M expansion to Richmond, B.C. hospital to start next year 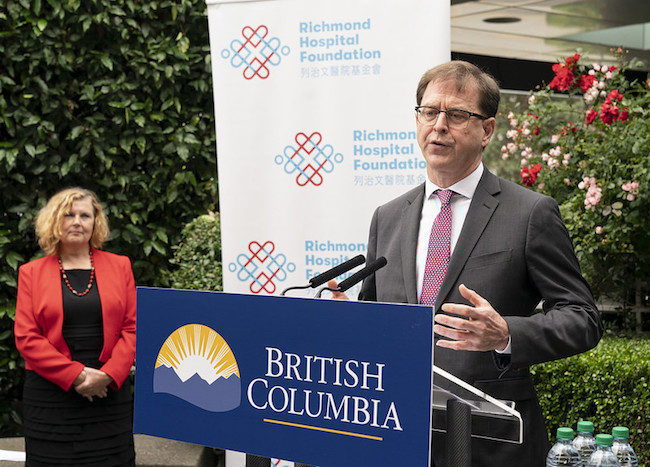 On-site work for the first step in a four-phase expansion at the Richmond Hospital in Metro Vancouver is scheduled to start next year.

Earlier this month, the B.C. government approved the business plan for the $860.8 million project, laying out construction timelines and spelling out certain design details.

Anchored by a new, nine-floor patient tower that will include an emergency department, intensive care unit, 11 operating rooms and space for specialized imaging equipment, the major construction project will run over nine years.

Adrian Dix, the province’s minister of Health, said the work at the Richmond health care site is “long overdue.”

“This largest provincial capital investment to a health capital project in the city of Richmond means that we are full steam ahead with the expansion of the Richmond Hospital that will provide quality public health care to the people of Richmond for decades to come in a modern environment,” he said in a release.

Along with the new patient tower, related work includes retrofits to the South Tower, the redevelopment of the Milan Ilich Pavilion and the eventual demolition of the North Tower. The province anticipates creating 1,500 construction jobs over the course of the project.

Detailed design work is set to begin immediately, B.C. said mid-month, along with early works and procurement for the main construction contract. The new patient tower is slated to open in 2028, followed by the renovated South Tower and Milan Ilich Pavilion in 2029. Demolition on the North Tower is likely to take two additional years.