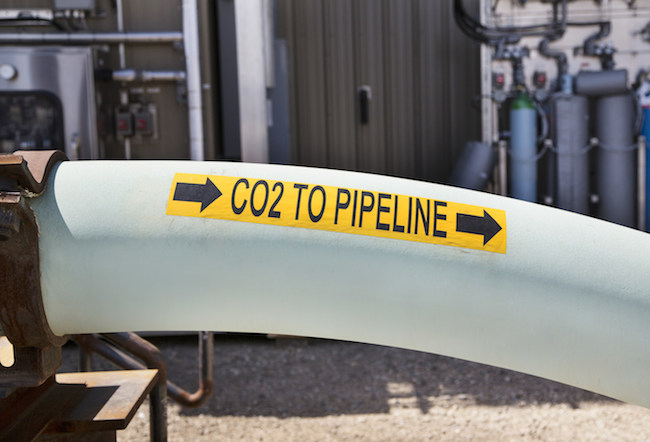 The energy company has already been operating its Quest CCS facility in Alberta for six years. PHOTO: Shell Canada Ltd.

CALGARY—Shell Canada Ltd. has announced plans to build a large-scale carbon capture and storage project at its Scotford Complex near Edmonton, part of its strategy to become a net-zero emissions company by 2050.

The proposed Polaris CCS project will capture carbon dioxide from the Shell-owned Scotford refinery and chemicals plant, the company said Tuesday, adding it expects Polaris to have storage capacity of about 300 million tonnes of C02 over the life of the project.

Shell said it will make a final investment decision about the project in 2023, with the initial phase expected to start operations around the middle of the decade.

Carbon capture and storage projects use technology to capture carbon dioxide and store it underground instead of allowing it to be released into the atmosphere.

“We are creating a world-class site that will provide customers with lower-carbon fuels, products and CO2 storage,” said Shell Canada president and country chair Susannah Pierce in a news release.

“Shell is making bold moves to decarbonize our operations, and wider industry, and the Polaris CCS project is the latest example.”

Shell said it will build on the experience gained from the Quest CCS facility that it operates on behalf of the Athabasca Oil Sands Project joint venture at the Scotford Complex.

In the first phase of the project, carbon dioxide captured from the Scotford refinery’s hydrogen plants would produce blue hydrogen for use in the refining process, with the potential for large-scale blue hydrogen production later on.

Shell said it wants to transform the Scotford Complex into one of five energy and chemicals parks owned by the company around the world.

Shell said within this decade, the company will use carbon capture and storage and renewable power to process new feedstocks such as bio-oils or waste oils to reduce the C02 emitted in the production of fuel.