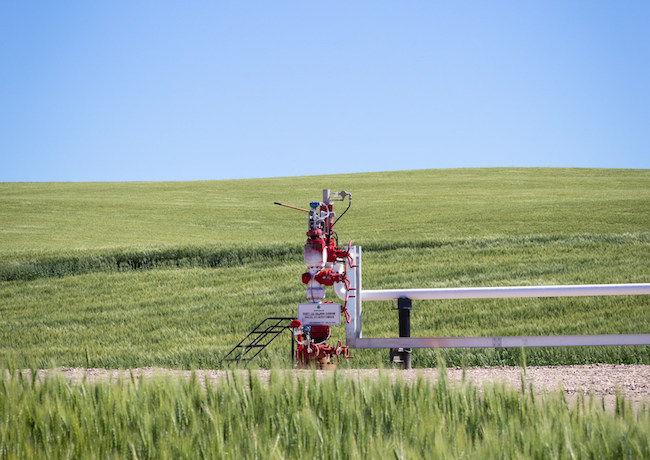 CALGARY—A partner in an Alberta carbon capture and storage project that recently celebrated storing its one millionth tonne of CO2 says it has an agreement with a northwestern Alberta chemical plant developer that could result in building a second large-scale system.

Privately held Enhance Energy Inc. says it has agreed with Nauticol Energy Ltd. to work together on the capture and sequestration of up to one million tonnes of CO2 per year from Nauticol’s $2.6-billion proposed methanol facility to be built near Grande Prairie, Alta.

“It’s essentially a commitment to work together,” said Enhance CEO Kevin Jabusch in an interview.

“It gives us the confidence to start exploring the best ways to create another made-in-Alberta carbon management solution in another part of the province.”

Adding the carbon capture component is essential to attract financial backers for his company’s proposed plant because it will enable its production to be net carbon emission neutral and thus considered “blue methanol,” said Nauticol CEO and co-founder Mark Tonner.

“We think it’s critically important. Absent doing things like this, you just, quite frankly, won’t attract capital,” he said in an interview.

“You’ve got enormous global capital providers who are sending very clear messages that they will only support projects that have exceptionally strong environmental attributes.”

He said the project first announced in 2018 is expected to be in service in 2025 after a three-year construction period, assuming capital funding can be arranged.

It is to be composed of two 1.7-million-tonne-per-year trains which may be developed at once or one after the other.

The Nauticol project would create methanol from abundant nearby sources of natural gas for sale as a marine fuel and in industrial processes mainly in Asian markets.

Methanol is a liquid at normal temperature and pressure so it’s easier to handle than natural gas or hydrogen, which require supercooling to turn into a liquid, while offering a similar low-emission form of energy, Tonner said.