Shifting gears: Vocational truck makers are not prepared to sit in neutral 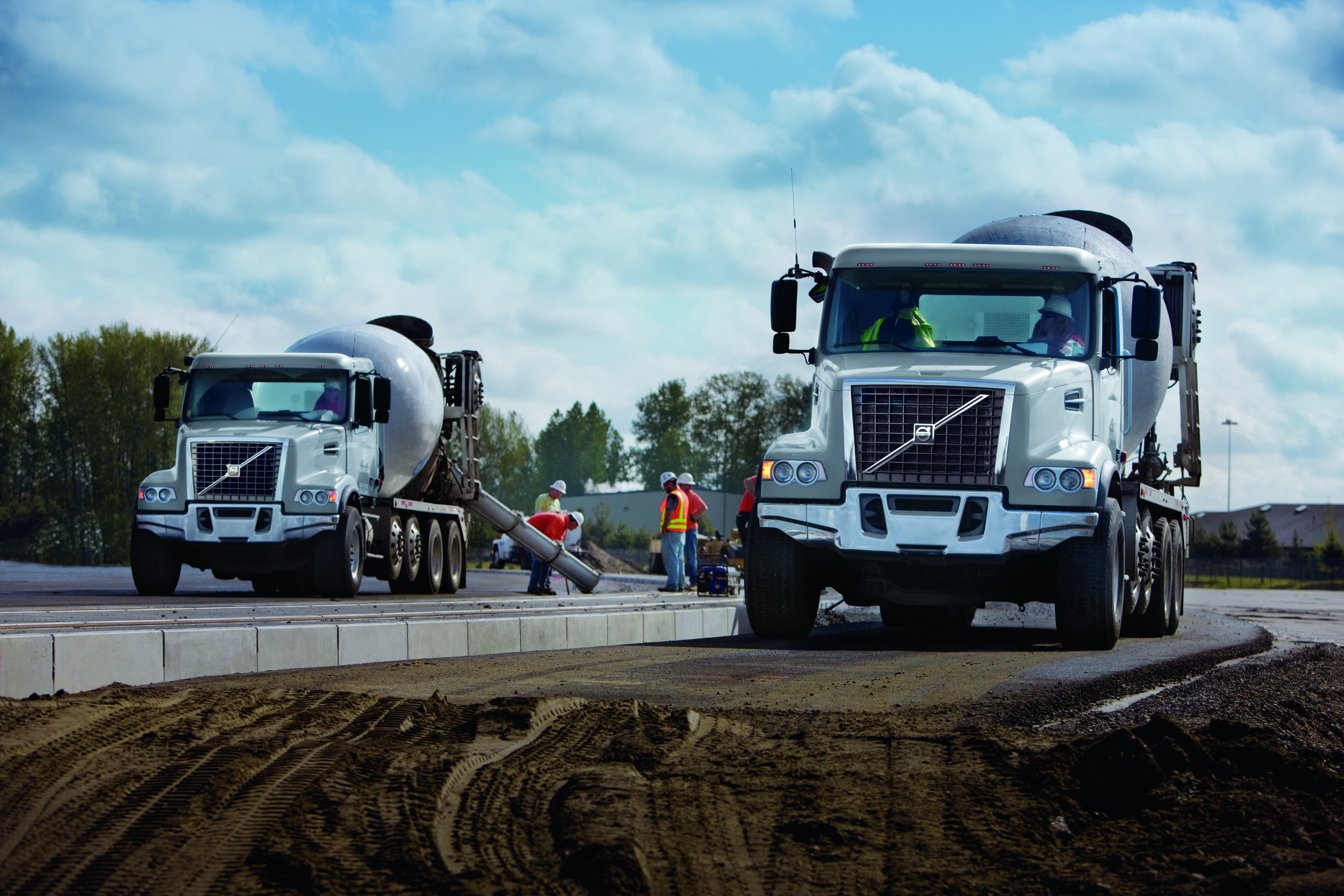 The priorities of safety, performance and comfort may have stayed the same, but manufacturers have embraced new ways to bolster everything from air brake stopping times to headlight performance.

With an emphasis on technology, improved systems for remote diagnostics and engine monitoring are connecting vehicles like never before. Even low-tech tweaks such as user-friendly control knobs and better mirrors are finding their way onto the road. The advancements are only accelerating as drivers become more discerning and contractors demand optimal performance.

Transmissions have been a major area of focus, with the move towards automated manual transmissions (AMT) continuing unabated. The appeal is obvious.

AMT and fully automatic transmissions let drivers “focus on strictly driving, especially in traffic without the distraction of changing gears,” says Kelly Gedert, director of product marketing at Freightliner Trucks and Detroit, both subsidiaries of Daimler Trucks North America. “We do see increased usage of automatic and automated transmissions, which provide benefits for drivers of all experience levels.”

“We’ve seen significant growth in recent years as the Volvo I-Shift automated manual transmission continues to gain preference among our Volvo VHD customers in off-road applications like construction,” Felder says, adding that the Volvo I-Shift for Severe Duty is now the “standard” transmission offering for Volvo’s VHD line of vocational vehicles. It’s a similar story at Navistar, which offers the HX and HV lines of vocational vehicles under its International Truck brand. The HV series was just introduced last year at the North American Commercial Vehicle Show.

“Manuals are still a little bit in demand,” says Bruce Vasbinder, director of Severe Service product marketing at Navistar. “Our numbers are around five per cent on manual while AMT is in the 25 to 30 per cent [of our] market share area. The largest by far are still automatics.”

Mack Truck is also leaning towards AMT for its main vocational model, the Mack Granite. “The adoption of automated manual transmissions has continued, with customers making the AMT the transmission of choice over manuals,” says Tim Wrinkle, construction project manager for Mack Trucks. “In fact, due to customer demand, Mack made the 13-speed Mack mDRIVE HD standard in Granite models.” He says an AMT is now under the hood in nearlyhalf of Granite models. 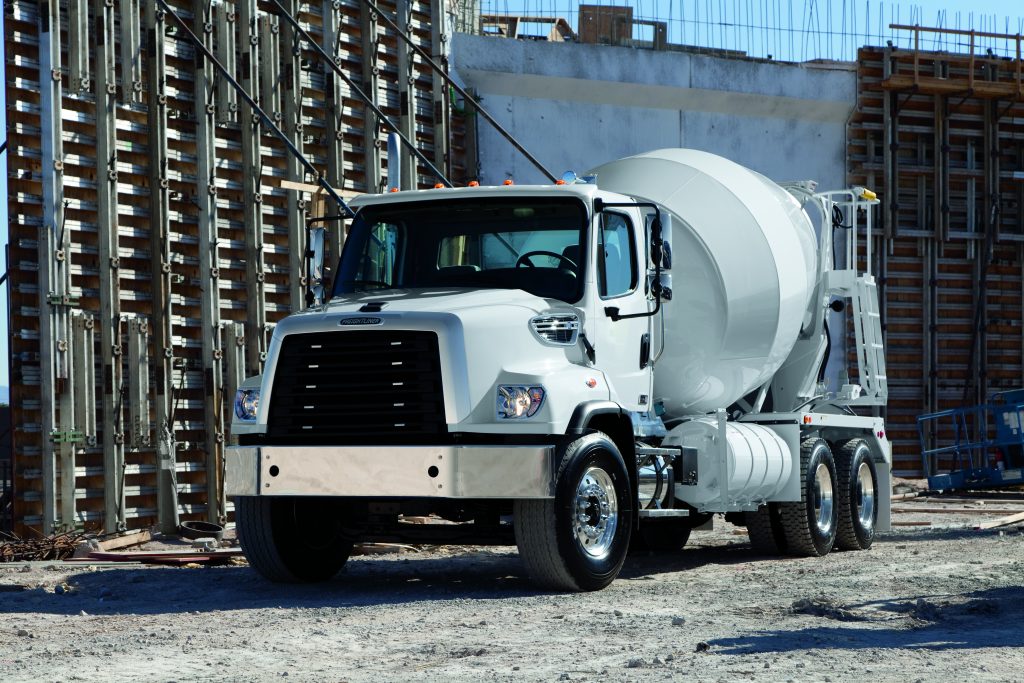 Freightliner trucks are outfitted with engines from the DD series made by affiliated manufacturer Detroit (PHOTO: Freightliner)

This July, for instance, Volvo rolled out its VNL 300 day cab with a new Cummins Westport ISX12N “Near Zero” natural gas engine, which reduces emissions of nitric oxides, also known as NOx, to almost nil.

Kenworth, a unit of Paccar, followed suit on natgas in August. It also introduced the ISX12N engine in its flagship T880 and T880S vocational vehicles. The 12-litre engine can be powered with liquefied natural gas (LNG), compressed natural gas (CNG) or renewable natural gas (RNG).

Navistar, meanwhile, recently expanded its use of in-house engines. It introduced its 12.4-litre International A26 big bore engine as an option for the new International HV series. The A26 is capable of 475 horsepower and 1,700 lb.-ft of torque, though the manufacturer hasn’t abandoned Cummins either.

“Earlier this year we brought out the HX with an A26 engine. It’s a lighter weight and offers very good horsepower and torque ratings,” Vasbinder says, adding that the company plans to bring out a 500 hp option on the A26 in early 2019. “We’ve got the full complement across our HV line, from the Cummins B to the Cummins L as well as our International A26. In the HX line, it starts with our International A26 engine [and] you can get a Cummins X15.”

For the Canadian market, Navistar introduced an HX520 with a Cummins X15 engine and integral front frame extensions for snow plowing applications.

Likewise, Mack recently tweaked its 11-litre MP7 engine to simplify maintenance and improve efficiency. The engine offers up to 425 hp and 1,560 lb.-ft of torque.

According to Wrinkle, it also features an updated wave piston design that works in conjunction with a common-rail fuel injection system to enable more complete fuel combustion, which translates to reduced emissions and improved fuel efficiency. “Combined with a two-speed coolant pump, these features help increase MP7 fuel efficiency by up to 5.1 per cent,” Wrinkle says.

Gedert says the DD8 is ideal for medium-duty and vocational applications, such as pick-up and delivery, construction, dump, mixer and towing, among others. The six-cylinder, 7.7-litre in-line engine has boosted the performance of Freightliner vocational vehicles such as the M2 106 medium truck by up to 350 hp and torque up to 1,050 lb-ft., she adds. “This engine provides vocational and medium-duty customers with fuel efficiency and best-in-class maintenance intervals. It has both engine and transmission power-takeoff options.”

The drive toward connectivity 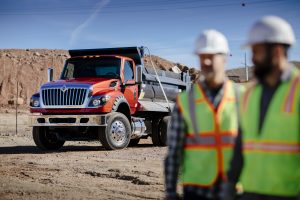 Navistar has made operator safety and comfort one of the priorities on its HV line (PHOTO: Navistar)

Onboard computer systems that automatically monitor vehicle performance, mileage, location and other metrics connect vocational trucks like never before. The collected data can be benchmarked to bolster safety, plan predictive maintenance and improve fleet management.

Diagnostics and monitoring hardware are also factory-installed on new Volvos, Felder says. “The connectivity hardware also enables remote programming, Volvo’s ‘over the air’ service for software and parameter updates. These solutions are typically viewed as tools for over-the-road fleets, but we’re seeing vocational fleets embrace the technology because it helps improve vehicle uptime and driver productivity.”

Mack Trucks offers a system called GuardDog Connect to monitor fault codes and mechanical trouble. If something is detected, the system notifies agents at the Mack Uptime Center, a support facility that’s open around the clock, so experts can determine a fix. The company rolled out the software update earlier this year, Wrinkle says.

Detroit Connect Virtual Technician for remote diagnostics come standard with Freightliner trucks equipped with Detroit engines. “Fleet managers are notified within minutes that the vehicle has experienced a fault event, the severity of the fault, and when, where and how to best fix the issue,” Gedert says, adding that “critical fault codes” are analyzed by customer service experts who can provide recommendations.

Upgrades inside and out 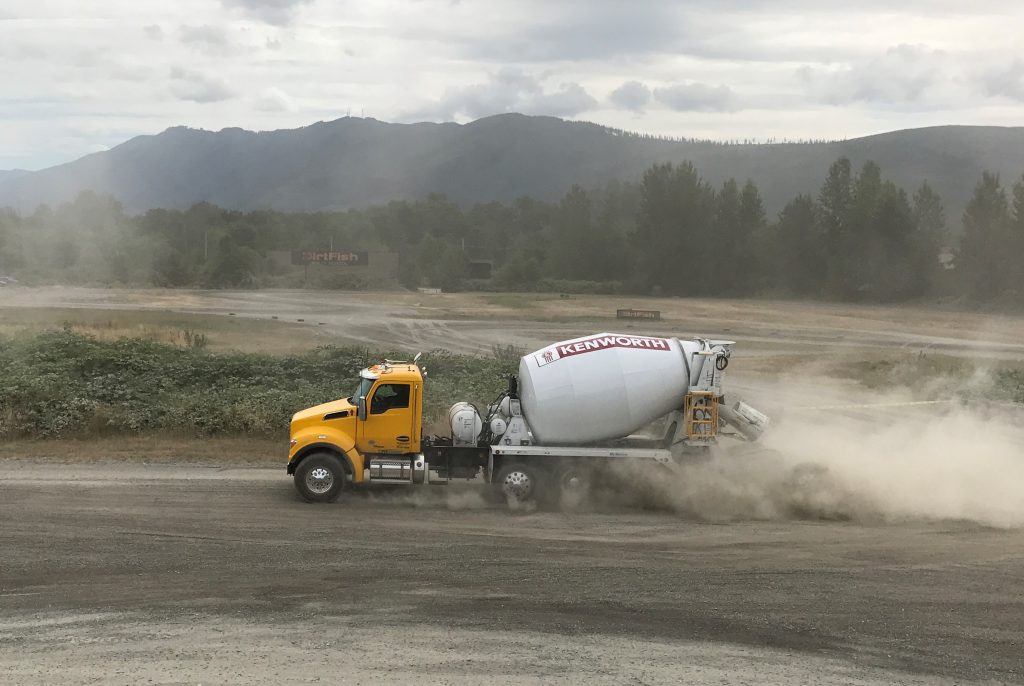 The tweaks don’t end there.

The Sweden-based company isn’t the only manufacturer that’s been working on the integral cab feature. In late 2017, Mack Trucks introduced “a new, flat-bottom steering wheel – a trucking industry first – enabling easier entering and exiting of the cab, as well as offering more belly room,” Wrinkle says.

Operator comfort and safety was paramount in the design of Navistar’s International HV series as well.

“On the HV, we did a lot of work on the instrument panel,” Vasbinder says. “We brought everything closer to the driver. The air conditioning knobs and other [controls] are now larger and easier to operate with gloved hands. The doors have been stiffened to allow for a pedestal mirror, which increases visibility.”

A recent vehicle introduction by Daimler Trucks might provide a glimpse of the future. This June, DTMA unveiled a pair of electric-powered commercial Freightliner test vehicles: the Freightliner eCascadia heavy-duty truck and Freightliner eM2 106 medium-duty.

While the eCascadia and eM2 106 are not specifically designed for construction site work, they might represent the start of an eventual paradigm shift in powering vocational vehicles.

“Safety, weight and durability are the focus of the customer base,” Vasbinder says. “I think it’s been that way for years and I don’t think it will change. They say, get the truck lighter, make it safer [and make it last longer].”