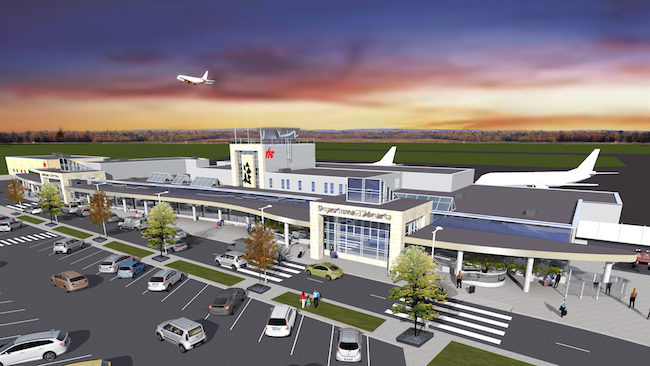 An artist’s rendering of the planned terminal. PHOTO: FIAA

FREDERICTON—An East Coast airport that has cruised past capacity over the past decade has secured funding for a “critical” terminal expansion.

Government and airport officials were at the Fredericton International Airport earlier this week to announce an approximately $30 million expansion project at the facility that serves approximately 400,000 flyers each year.

The expansion project will double the size of the terminal, adding space to accommodate more travellers, covered walkways for aircraft boarding and a renovated security check area, among other amenities.

Both the federal and provincial governments will invest $9 million, while the Fredericton International Airport Authority will cover the remaining costs.

The expansion is expected to create the equivalent of 572 full-time jobs during the construction phase.

With design work complete, the airport authority said the project is tender-ready. Work is scheduled to begin this summer.