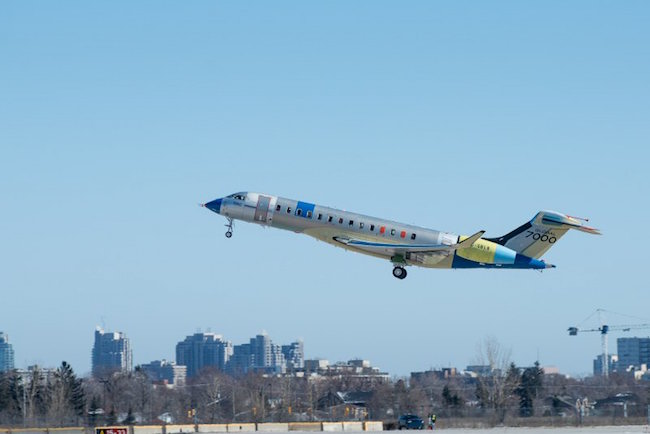 TORONTO—Aircraft and train manufacturer Bombardier Inc. has agreed to sell its Downsview Airport property in Toronto to the Public Sector Pension Investment Board.

Worth $816 million, the deal will hand control of the 370-acre (150-hectare) site in North York to the pension board that manages funds invested by members of the Canadian military, public service and RCMP.

The sale remains subject to customary closing conditions, but could lead to a redevelopment and series of major construction projects in one of Toronto’s largest remaining undeveloped areas.

“This investment is a perfect fit for PSP as it supports our long-term real estate investment strategy,” said Neil Cunningham, the president and CEO of PSP Investments. “We have a stellar track-record in working with large, complex projects across our entire investment portfolio, and we are proud of our continued commitment to investing in Canada.”

Bombardier took control of the airport in the early 1990s when it acquired fellow plane maker de Havilland Canada. Along with the airfield, the facility includes aircraft manufacturing hangars where the Montreal-based company builds business jets and turboprops. Today, Bombardier said it uses just 10 per cent of the space.

Downview Airport is located just north of Highway 401 at Allen Road. It’s also situated along numerous public transit arteries, including the Toronto subway, making it an attractive target for developers.

Though the pension fund released no possible redevelopment plans for the site, Kristopher Wojtecki, PSP Investment’s managing director of Real Estate, said the pension fund is planning to collaborate with numerous local stakeholders when investing in the site.

“This investment is important for PSP as it allows us to expand our real estate footprint in a global city which is in our backyard,” he said in a said in a statement.

Under the terms of the deal, Bombardier will continue to lease the space for at least three years, with options to extend the lease by up to two years. The company will relocate most of the affected manufacturing operations to nearby Toronto Pearson International Airport after leaving Downsview.