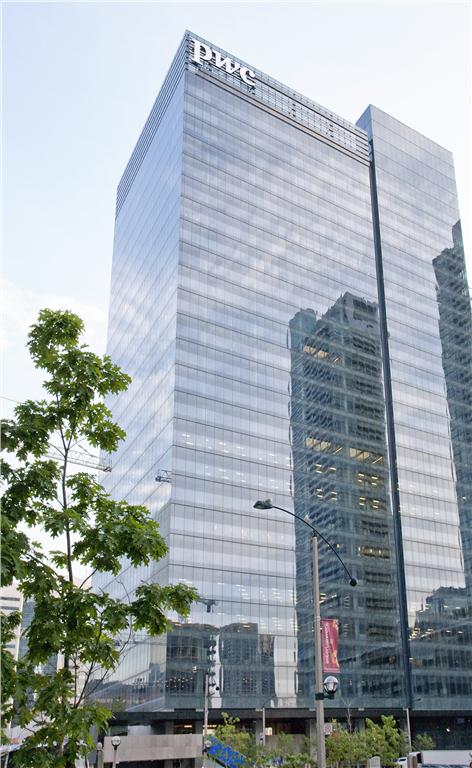 EllisDon was recently awarded its first managed services contract for work being completed at PwC Tower in Toronto. Photo courtesy of EllisDon.

EllisDon recently entered new territory, when the company was awarded its first managed services contract for work being completed at PwC Tower in Toronto.

The 650,000-sq.-ft. office building is owned by the British Columbia Investment Management Corporation and is located in the city’s Southcore Financial District at 18 York St.

The office building was built by EllisDon and completed in August 2011.

“This is a huge win for EllisDon and the managed services team,” says Robert Barnes, EllisDon’s director of managed services. “We are not just handing the keys over and walking away once core construction is complete, but rather, we are systematically implementing a strategy from the start of occupancy to ensure seamless operation of a building throughout its lifecycle.”

The tower is one of Canada’s most advanced IP networked commercial buildings, with a unified base building network, that includes: security, power metering and lighting, all using the unified IP Network.

EllisDon’s managed services group, which was created in January 2012, will provide comprehensive maintenance and monitoring of the IP network to ensure seamless operation, including 24/7 monitoring and support, as well as a single point of accountability for customer requests and incident management.