Words of warning from a woman in construction: Don’t let the perception discourage you 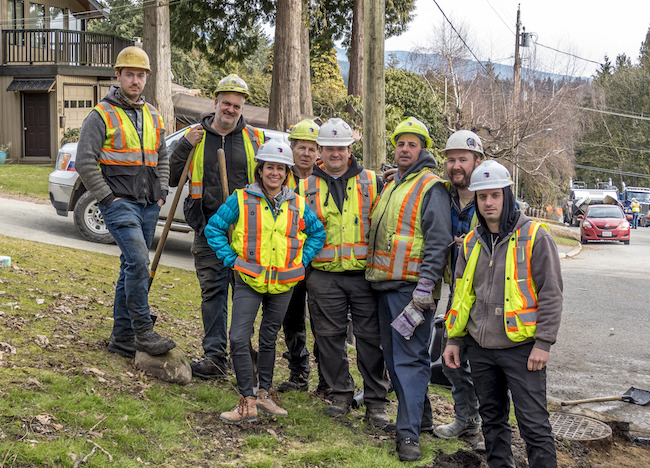 Mana Arabi among the crew on a Eurovia project, prior to the COVID-19 pandemic. Over the years, she says, she has grown accustomed to being the sole woman on-site

My first job came with an ominous warning.

After weeks of waiting to hear back on my application and interview, having nearly lost hope, I received a call from my future manager. He was blunt, telling me he considered me the best fit, but he had concerns about my possible mistreatment in the male-dominated workplace. He asked me, a woman and a minority, if I thought I could handle it, and if I could, the job was mine.

The position, as a summer student working with one of the largest concrete and gravel suppliers in Canada, was a big deal for me. Warning aside, and not knowing what sort of mistreatment I might face, I excitedly accepted.

The job in quality control, was to test concrete before it left the plant, and then test it again at various job sites to ensure it met industry and company standards. I also had to educate some drivers on why they should avoid adding extra water to concrete, which may make placement easier, but makes the mix weaker. As a female student in my early 20s, it was nerve wracking advising industry veterans with decades of experience. Nonetheless, I was pleasantly surprised that they respected my expertise, and returned the favour by teaching me some of the intricacies of construction.

Overall, my summer there ended up being a great experience.

A year later, I graduated from the University of British Columbia with a degree in civil engineering. That was 2001, when construction and engineering jobs in Western Canada were relatively limited. Many in my cohort needed to relocate to the United States to find work, others sought employment outside of their fields of expertise. I was fortunate to get a job at one of the few major construction projects in the Vancouver’s Lower Mainland at the time, which was the Millennium Line Light Rail Transit project.

Working in the field at numerous sites, on most occasions, I was the only female on the job. A few years later, with growing experience, I progressed to an estimating and project management position, leaving the field for the office. There too, I was typically the only female.

When I became pregnant, I asked my manager about company policies on maternity leave and salary top-ups. I was surprised to learn that there was no such policy. With few female employees, I was the first person to go on maternity leave in the company’s history. Still, at the end, the package I received during maternity leave far exceeded my expectations.

Throughout my career, I have faced some situations where men doubted my abilities or disrespected my opinions, I did not let that hold me back. My perspective is that when people doubt themselves, they tend to put others down as a way of building themselves up. Racism and sexism undoubtedly exist in many, if not most, workplaces, but in my experience, not to the degree that can derail an otherwise promising and successful career.

A need for change

My success in construction has made me look at articles, lectures and support groups focused on reporting discrimination against women within STEM (science, technology, engineering, and mathematics) fields as concerning. While there are problems worth addressing, focusing entirely on the negative may deter many females from entering these sorts of careers, perpetuating the isolation women experience.

I see the discouraging attitudes toward math, physics and engineering planted in girls in elementary school, with the unfortunate and inaccurate refrains of “math is for boys” and “only boys are good at math, not girls.” I grew up in Iran, which, although rife with male dominance in many other aspects of life, does not discriminate regarding mathematical proficiency based on gender. I am therefore, dismayed when I overhear my daughter and her friends echo the opinions that girls cannot do math, which may, in turn, become a self-fulfilling prophecy. We need to eradicate this attitude to encourage more women to choose careers in STEM.

There has never been more urgency. We are entering a new industrial revolution in which many of the jobs that will exist in near future have not yet been created. The careers of the future will focus on artificial intelligence, machine learning, robotics, renewable energy, fin-tech and big data, to name a few. These careers are currently all male-dominated and require mathematics, computing and engineering skill.

I firmly believe changing the narrative will change the tapestry of the workplace.

Through my 20 years in construction, one of the many issues I took note of was that while many construction sites struggled to find suitable dumpsites, an almost equal amount of sites needed extra fill for their projects. In 2019, I teamed up with a friend — another female minority and immigrant — to launch a company to solve this overlooked supply and demand problem. We launched Fill Connect just six months later. By helping contractors find and dispose of excavated material, the platform is a win for construction firms and for the environment. In less than a year we were able to monetize our business, onboard some big industry players and, it goes without saying, our list of clients and industry partners have helped us grow without a word about our gender or ethnic background.

To any female thinking success is impossible in construction, STEM fields, or any other male-dominated industry, you are, quite simply, wrong. My story is clear proof of it. Armed with drive, ambition, work ethic, and talent, you can conquer any career of your choosing.

I don’t want to create the impression there are no chauvinistic men or biased people still out there. There are lots of them. Focusing on the good experiences and viewing the sporadic bad ones as steppingstones, however, is a more rewarding approach. If you do encounter discrimination, take that as an opportunity to move on to a fairer workplace. The days of climbing the corporate ladder within a single organization are over. As Sheryl Sandberg has said, your career can, and should, be a jungle gym you climb in multiple directions.

More than anything, after two decades in the industry, I don’t remember all the negativity I had to deal with along the way. Instead, I remember the men who believed in me — from my first manager, to the partners and business owners currently helping us grow our business. I would remember the women too, had I ever worked with any.

Many women in construction have excelled far beyond their male counterparts. Focusing the narrative on these role models as opposed to the negative stigma surrounding the industry will encourage more smart girls to pursue a career in STEM or other male-dominated industries. We need them as we look ahead at the next industrial revolution. 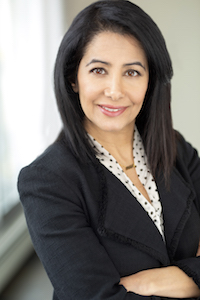 Mana Arabi, P.Eng, is the CEO and co-founder of Fill Connect Inc., a fill exchange marketplace for the construction industry. As a civil engineer with over 20 years of experience, she has worked on many private and public projects in Canada and the United States for prominent companies such as Dragados, SNC-Lavalin, Norland Ltd., Lafarge and Eurovia, where she currently works as a project manager. Working in construction helped her identify the industry’s need for the collaborative tool that became Fill Connect. In less than a year, she and her co-founder were able to onboard some large players in the industry and save some of their clients thousands of dollars on fill material costs.