Not so subtle words — Women in construction 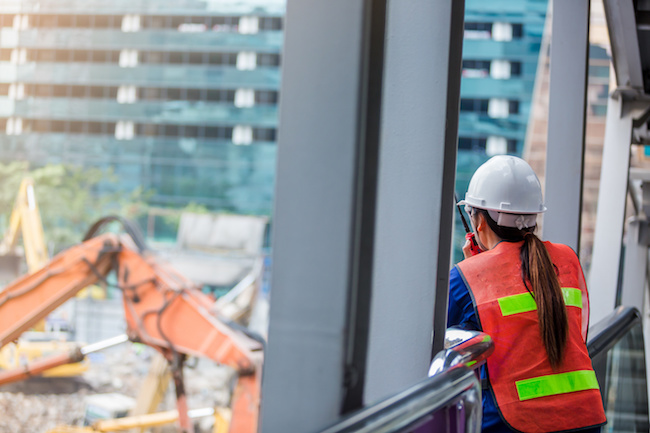 Currently, women make up just over 13 per cent of the construction workforce. PHOTO: Adobe Stock/Koonsiri

I’ve been a construction finance consultant (quantity surveyor) for nearly 20 years. My career began as a co-op placement student at Helyar & Associates in Toronto with a focus on construction cost and risks for healthcare projects, and 20 years later I’ve worked on about 30 healthcare projects and over 100 P3 projects. I’m currently the director of Infrastructure Services for North America at BTY Group. I am the leader of a multi-award winning technical advisory team spread across North America — and I’m very proud of our team. I’m based in the Toronto office where four of our five service lines are led by women for this region.

Women have successfully infiltrated all levels of the construction and project finance industry — we’re labouring, operating machinery, designing, project managing, financing, scheduling and approving payments. We haven’t done it silently or surprised anyone, just trickled in as more and more of us became interested in construction.

I’ve often felt that being a woman in an industry dominated by men has its advantages: when there are only a few women at a meeting our names are often remembered; when I’m wearing pink in a sea of navy and grey I’m noticed; people are curious and watch what we do a little more closely which highlights our successes; and I believe people are more comfortable asking me questions than some of my male colleagues. This is helpful as a consultant when we’re all trying to build a personal brand and reputation.

In fact, for most of my career I didn’t believe that being a woman in construction came with any barriers at all. I’ve been provided with plenty of opportunity to gain technical experience, develop business, to lead a team, I’ve been paid fairly, and promoted regularly. I’ve found it easy to form relationships with both male and female colleagues, clients, and industry leaders. I’ve never had any male team members unhappy to be reporting to me. I’ve also been lucky in my career to have had great male leaders who were supportive of me in my various roles, who trained me, mentored me, and encouraged me to shadow them.

But I don’t believe the men providing these opportunities were doing so because I was a woman. I try really hard at my job, I take criticism (fairly) well, and I’m a team player. In my experience, those are qualities recognized in both men and women, especially for leaders with their eyes on the bottom line.

A construction lawyer recently told me they hire as many women as men out of university and they couldn’t understand why the ratio became so unbalanced with seniority. When they polled their young female employees, they learned the young women felt they could not balance a family and a promotion, because the promotion meant working 12-hour days. Instead of encouraging women to take on more work, they are reviewing their expectations because they understand they aren’t providing an attractive environment to anyone. That’s the kind of thoughtful leadership that will benefit everyone.

I was relieved, however, that they weren’t considering balancing the ratio by factoring in gender when determining promotions. Believe it or not, this has been suggested many times by well-meaning individuals looking for a quick solution to gender inclusivity. I’ve been rather vocal about my feelings on this topic – what an insult to women who have worked so hard to earn their positions! Every time a woman got promoted in the future, we would have eye-rolls and sighs, and assumptions that the promotion ticked a box, rather than was deserved. Being a woman is not an impediment that we need to lower the bar to accommodate.

Today’s challenges for women are often more subtle than they were 30 years ago. The barriers women face aren’t always easy to see, but you can spot them if you look closely: Personality traits we value and compliment in men are often negatively referred to when demonstrated by women. We often describe women in senior positions as bossy, opinionated, cold or direct. When we are critical of another woman’s work, we are catty, jealous, have a personality conflict. We rarely use these terms for men leaders, we use clear, decisive, focused — a leader. When was the last time you heard someone call a male colleague bossy or opinionated? These small words create an unfairly negative impression of the women they’re associated with, which is difficult to shake off. But if we correct each other when using this language, over time this language will diminish.

It was only in the later stages of my career that I began to understand the unique challenges women must overcome. I’ve surrounded myself with several great female role models within the construction finance industry. And while they have all experienced some form of negativity due to their gender, whether that is pay disparity, exclusion from leadership events, or negative words to describe positive skills, their advice has never been to back down from a challenge, nor has it been to become less like myself.

Speak up! Having decision makers acknowledge there is still work to be done towards inclusivity is half the battle, but it seems to be the most difficult. It’s awkward to correct colleagues on their language, it’s uncomfortable to point out only men are invited to a leadership event, and it’s disheartening to have to negotiate to close a pay disparity. But it doesn’t mean that we shouldn’t do it.

When presented with this lack of inclusivity (which I believe is an unconscious bias, and rarely a conscious decision), any leader worth following, and any company worth spending your precious time with, will immediately rectify it. They will also be more aware in the future.

I was recently at an industry lunch for women, and one of the female panelists told the only man in the room to leave. I was shocked. Why would you turn away a supporter? Why wouldn’t you demonstrate the inclusivity we are pushing? We will continue to need the support of the male majority, and especially the decision makers, to improve the industry and be more inclusive for women. It’s a partnership that all stakeholders must value and encourage. 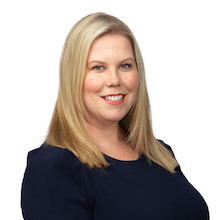 Marie Foley leads BTY Group’s North American P3 team. She is an industry leader specializing in technical, cost and risk management due diligence for infrastructure assets in real estate, transportation and energy sectors. Over the last two decades, she has led award-winning teams on Lenders’ Technical Advisor mandates on over a hundred public-private partnership deals in Canada and the United States. She is a Member of RICS, the Canadian Institute of Quantity Surveyors, and is a LEED Accredited Professional.