The Canada Revenue Agency (CRA) has many tools at its disposal when searching for undeclared income. One of the most aggressive tactics the CRA uses is a net-worth (lifestyle) audit. This audit technique is often used in industries where cash transactions are common, such as the construction industry with small businesses like contractors or subcontractors. While this technique has been around for decades, its use has become more frequent in recent years.

“The trend is really towards this specific type of audit technique,” says Jeremie Beitel, director for 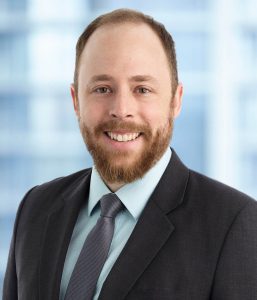 Farber Tax Law, a tax dispute resolution law firm serving clients across Canada with a team of tax lawyers and ex-CRA advisors. “What they’re looking for is, does something not quite match up? Are someone’s assets increasing or their expenditures higher than could be justified by their reported income?”

Beitel, who has more than a decade of experience practicing tax law, stresses that a business owner looking to protect themselves or prepare a defence against these types of audits needs to keep good records of all personal transactions. This is especially important for businesses operating in a targeted industry like construction.

“If you win money gambling, get an inheritance, or receive a loan, make sure those are all well documented. If not, you could risk these transactions later being viewed by the CRA as money received from a customer versus an actual gambling win, inheritance, or loan. So, if you make sure to document it at the time, you’ll be in a much better position if you’re audited,” he says.

To gain unique insights into the CRA, Farber Tax Law turns to its senior advisor James Bell, who worked for 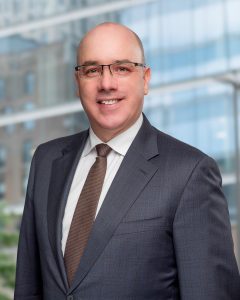 22 years at the CRA. Through his extensive CRA expertise, Bell knows the best way for small businesses to help avoid one of the CRA’s most dreaded types of audits and what to do when facing one.

Bell says the most important thing to do if you have been targeted for an audit, or expect to be audited in the future, is to be proactive. The first step in being proactive is to hire a professional.

“This is not a do-it-yourself endeavour. If you’re going to be audited, this is not something that they should be dealing directly with the auditor on. The stakes are too high. People do not know what the rules of the game are, and that’s a bad formula for doing anything,” he says. “They should be seeking professional advice.”

One area where business owners will often make a mistake when dealing with a net-worth audit from the CRA is by attempting to defend themselves with pre-existing accounting records.

“Once a net worth analysis has begun, your original accounting records, in terms of your general ledger, your financial statements, become largely irrelevant. They are important for characterizing specific transactions, but the mistake that a lot of taxpayers make early in a net-worth audit is when the CRA comes with their analysis, the taxpayer will resubmit the original ledgers and financial statements rather than responding to that analysis directly, which the CRA will ignore,” Beitel says. “So, it’s important to recognize the new terrain that you’re in once the net-worth audit has begun.”

The CRA will often choose a three- to four-year period to review for a net-worth audit. It will be focused on three elements: assets, liabilities, and then expenditures.

“Firstly, they’re going to look and see what your assets at the start were, and at the end, and any increase, they’re going to say, ‘You must have had income. If you have a million dollars of new assets, for example, that money came from somewhere,’” Beitel says.

This process will be similar for when the CRA reviews a business owner’s liabilities.

“They’re going to look at how much you owed at the start and at the end. If you’ve paid off a million dollars of debt, again, there’s got to be a source for that money,” Beitel says.

And then lastly, the CRA will look at a company’s expenditures over that period.

“For example, if you have $200,000 of extra assets, you repaid $100,000 of debts and spent $200,000 on groceries and trips, they’re going to add that up and get $500,000 and ask you to explain. And with that explanation you’ll need financial information that supports it,” Beitel says. “The first step is to go granularly through the schedules they prepared and identify which particular assets you do not own, or which ones you funded from, say, a gift from your parents. Which liability did you either not pay off, or perhaps, did the CRA miss a new liability? You really have to go point by point and defeat the net-worth analysis.”

Farber Tax Law has worked with a host of clients to help them significantly reduce their overall payments owed from CRA net-worth analyses.

“The CRA will always start out extremely high because they don’t have much information. We often see a multi-million-dollar net-worth analysis, that with a steady and granular approach, we can reduce to a couple hundred thousand dollars, or $100,000, or $50,000,” Beitel says. “Whatever the actual amount of real income that the taxpayer may have not reported, or maybe they did report everything but the documentation is poor so they can’t quite prove everything, the CRA will always start out very high and will put the onus on the taxpayer to bring it back down to reality.”

Business owners should also retain bank and credit card statements and cancelled checks – not only business related, but also personal.

“Those are often documents that are, or can be, difficult to obtain later, especially years after the fact. So, those can just be saved to a Dropbox or any type of cloud service. Then, in the event that they’re ever audited, it’ll be much easier for them to identify transactions and explain what those transactions actually were,” Beitel says.

A very common issue that comes up is when people try to explain that money came from a personal loan and there’s never any documentation.

“If this did happen, have some documentation for these family loans or loans between friends. Have something, an affidavit or some kind of notarized statement at least,” Bell says. “Or, if it was a gift, who was the gift from? Have someone indicate that in writing because these are the common things we hear.”

Another important step in keeping proactive is to make sure you go over your income statement and balance sheet with your accountant every year.

“It can be very tempting to engage in willful blindness and be happy that your accountant is seemingly saving you a bunch of money, but you should go through and see whether the numbers are rational. You generally know how much money you made, how much money you might have lent the company,” Beitel says. “All the time I see people whose companies have reported losses for every year, or $5,000 or $10,000 a year of income, when they know that they made more money. And I think if they had taken the time to understand those numbers or to seek help to understand them at the time, they could have avoided a lot of penalties and pain later on.”

When it comes to the CRA, claiming ignorance will not get you out of an audit.

“A lot of people just say, ‘Listen, I’ve got an accountant that’s preparing this, I’ll just blame him. It’s his fault. I didn’t know what was going on. So, I’m somehow not culpable at all.’ Not true, that argument never washes. You’re responsible for what’s on your tax return,” Bell says. “You’re signing your tax return and you’re affirming that you knew, reviewed it, and you agree with what’s in it.”