The decision puts another of the pipeline's hurdles behind it. Construction is underway, though some barriers remain 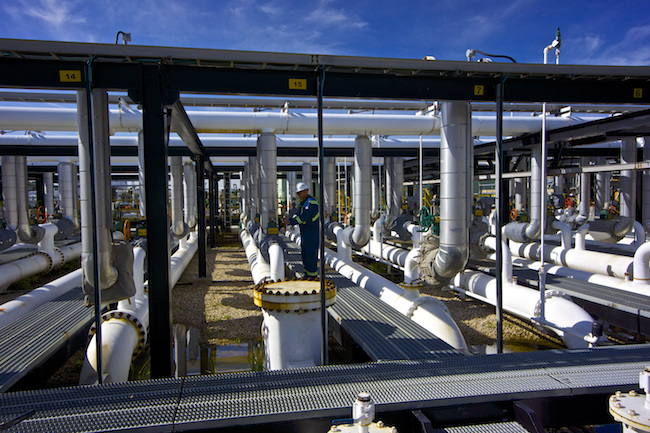 The project will twin an existing pipeline that runs between Edmonton and Burnaby, B.C. PHOTO: Trans Mountain

OTTAWA—The Supreme Court of Canada has shut down British Columbia’s attempt to regulate what can flow through an expanded Trans Mountain pipeline from Alberta.

The B.C. government wanted to require provincial permits before heavy oil could be shipped through pipelines in the province.

In 2018, it asked the B.C. Court of Appeal if such permits were in bounds. Last May that court said no, ruling they would violate Ottawa’s authority under the Constitution to approve and regulate any pipeline that crosses a provincial border.

On Jan. 16, the Supreme Court agreed.

“We are all of the view to dismiss the appeal for the unanimous reasons of the Court of Appeal for British Columbia,” Chief Justice Richard Wagner said.

The decision was issued from the bench after several hours of hearings Thursday in Ottawa.

It removes one of the remaining obstacles for the Trans Mountain pipeline expansion, which seeks to twin an existing pipeline running between Edmonton and Burnaby, B.C.

The twinned pipeline, with roughly twice the capacity of the original, would carry only diluted bitumen, a heavy crude produced in Alberta’s oilsands. The existing pipeline is to continue to ship mainly refined petroleum products like gasoline, and light crude.

“It is a core responsibility of the federal government to help get Canada’s resources to market and support good, middle-class jobs,” he said in a statement.

“We know this is only possible when we earn public trust and work to address environmental, Indigenous peoples’ and local concerns, which we are doing every step of the way on TMX.”

Federal lawyers argued B.C.’s attempt to require provincial permits for heavy oil to flow through pipelines was a clear imposition on the constitutional authority given to Ottawa over interprovincial pipelines.

Several of the judges on the Supreme Court agreed in their statements and questions throughout Thursday’s hearing, before issuing their quick dismissal.

B.C’s New Democrat government was elected in 2017 partly on a promise to oppose the expansion but the province had limited options because of the Constitution.

Still, B.C. argued it has jurisdiction to protect the environment within its borders and, since its land and people would bear the brunt of any damage from a spill if the pipeline ruptured, it should get a say in what can flow through it.

“Our government takes our responsibility to defend the interests of British Columbians seriously” he said. “When it comes to protecting our coast, our environment and our economy, we will continue do all we can within our jurisdiction.”

The case had national implications for any project that crosses provincial boundaries, prompting Alberta, Saskatchewan, Ontario and Quebec to all seek intervener status. All but Quebec sided entirely with the federal government.

“We are very pleased with this outcome and look forward to construction continuing on the Trans Mountain Pipeline,” he wrote.

The Canadian Association of Petroleum Producers said it is pleased, but not surprised, by the unanimous ruling.

“This is a project that has undergone historic levels of consultation, reviews and court challenges, and at each turn has been found to be in the best interests of all Canadians,” Tim McMillan, president and CEO of CAPP said in a release.

“It is time to unite behind the completion of this nation-building project so Canadians can start to benefit from selling our responsibly produced resources to global markets.”

“Ecojustice is also deeply concerned that the court refused to confirm that governments at all levels have both a right and a constitutional duty to protect the environment,” he said.

This case was the catalyst that led to the federal government’s decision to buy the existing pipeline in May 2018 for $4.5 billion from Kinder Morgan Canada. The company said the political risk that the project would never get built was too much to bear and was planning to halt the expansion.

The federal Liberals argue the pipeline is needed to get more Canadian oil to foreign markets beyond the United States and bought the existing pipeline with a view to completing the expansion once the legal and political challenges were out of the way.

It intends to sell it back to the private sector after the expansion is complete.

The expansion project has faced multiple legal and political barriers since Kinder Morgan first submitted its application for the pipeline to the National Energy Board in 2013.

Construction on the project halted in August 2018, after the Federal Court of Appeal ruled Ottawa’s decision in 2016 to approve the expansion had not included proper Indigenous consultation or fully taken into account any impact on marine life from additional oil tankers that would result from the project.

Two of those communities withdrew their challenge after signing agreements with Trans Mountain Corporation, the Crown agency now running the pipeline. The case involving the other four was heard in December but no decision has yet been issued.