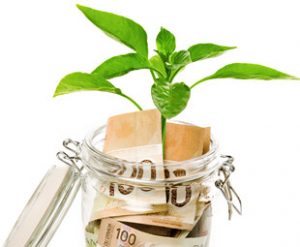 Photo: Conference Board of Canada.

OTTAWA – Carbon pricing will help Canada reduce emissions but the reductions will fall short of the government’s goal of a 30 per cent reduction from 2005 levels by 2030, according to a joint report by The Conference Board of Canada and The Canadian Academy of Engineering. Trillions of dollars in investment spending on clean energy infrastructure and significant changes to the way Canadians consume energy will be needed to achieve deep emission reductions.

“Simply pricing carbon and moving away from fossil fuels are insufficient measures to achieve deep GHG emission reductions. And while technology and innovation will play a role in the long term, it can’t get us to the 2030 target given the relatively short window available to develop and adopt these solutions,” said Louis Thériault, vice-president, Industry Strategy and Public Policy, The Conference Board of Canada. “Given that the required investment will be in the trillions of dollars, policy makers need to communicate to Canadians the scale of how this transformation will impact everyday lives.”

The report, The Cost of a Cleaner Future, examines the impacts of carbon pricing and of the investments required to help Canada achieve significant emission reductions. It finds that even if carbon taxes were to reach $200 per tonne by 2025, this would only result in a 1.5 per cent reduction in GHG emissions outside of the power generation sector. The analysis also suggests that pricing carbon will have only a modestly negative affect on the economy. Introducing a carbon tax will lead to higher prices across the economy, which will reduce Canadians’ purchasing power. Assuming a carbon tax of $80 per tonne in 2025, the average annual cost to a Canadian household would be approximately $2,000. The largest price increases will be in natural gas, gasoline, and electricity. Final consumer prices for natural gas would increase by as much as 60 per cent if carbon was taxed at $200 per tonne.

Additionally, business investment and trade volumes would also be impacted by carbon taxes through the forecast period. Most industries’ exports would decline as higher production prices reduce their competitiveness. A lower Canadian dollar should help trade sensitive sectors. However, industries with a domestic focus and sensitivity to price changes, such as residential construction, will be hard hit. Carbon tax revenues would add significantly to government coffers but the revenue collected is expected to be put back into the economy through tax cuts and higher public spending and investment. The assumption that carbon revenues will be recycled into the economy is the key reason why the total impact on the economy is small.

This research also quantified the economic impacts of making deep GHG emission reductions. The investment requirements are based on The Canadian Academy of Engineering’s Trottier Energy Futures Project analysis, which outlines several technical pathways for Canada to achieve 30 to 60 per cent reductions in GHG by 2050. Bringing emissions 30 per cent below 1990 levels by 2050 leaves us far away from hitting our Paris Agreement target, while a 60 per cent reduction brings us closer to that target.

The most investment intensive scenario achieves a 60 per cent reduction in emissions and will require $3.4 trillion in new investments between now and 2050. That is about $100 billion annually or about half of current non-residential business investment in Canada. More than half of the investment would be directed towards power generation to enable an electrification of Canada’s economy.

Given that Canada is fast approaching its economic capacity, however, the Canadian economy would be challenged to absorb these new investments, which are expected to crowd out spending in other areas of the economy.

Join Alicia Macdonald, Principle Economist at The Conference Board of Canada, and Douglas Ruth, President of The Canadian Academy of Engineering, for a discussion of the Trottier Energy Futures Project and presentation of the results of this analysis at a live webinar on Friday, September 8, 2017 at 02:00 PM EDT

The Cost of a Cleaner Future is published under The Conference Board of Canada’s Centre for the Low Carbon Growth Economy. Launching this fall, the centre aims to develop a transition road map for the Canadian economy and energy.

SOURCE Conference Board of Canada