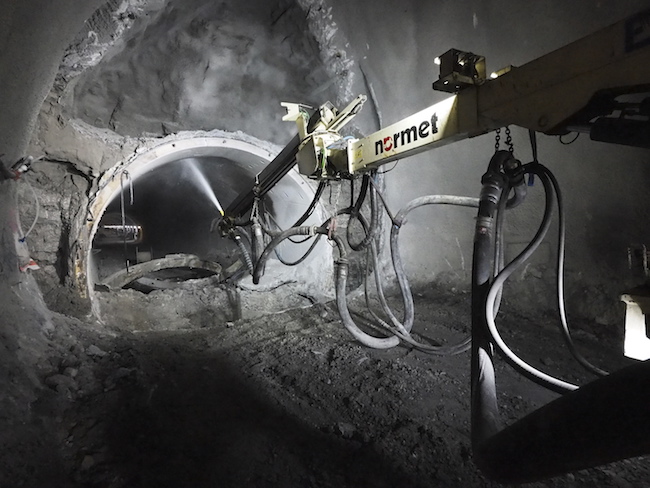 Much of the 25-station light rail line runs under Eglinton Avenue in midtown Toronto. PHOTO: Metrolinx

The three parties involved in construction of the new $5.3 billion LRT agreed last week to a “revised production schedule and accountabilities” that will keep the project on schedule and within its original budget.

In a statement released Sept. 6, Metrolinx President and CEO Phil Verster said the agreement would not lead to any additional costs for Ontario taxpayers, though he did not release any details, citing commercial confidentiality.

According to the Globe and Mail, the agreement involves more money for Crosslinx to solve some unforeseen problems and possibly implement a 24-hour work schedule in certain underground sections of the project. It says the consortium, made up of ACS-Dragados, Aecon, EllisDon and SNC-Lavalin, will be paid through a project contingency fund.

The resolution shelves a Crosslinx suit filed in July seeking more money to complete the major 25-station project. Earlier, transit agency Metrolinx had responded by filing an application to have the claim stayed. The application was set to be heard in court Sept. 11, but with the revised agreement in place, will no longer be necessary.

Metrolinx said it will continue working with the Crosslinx team and Infrastructure Ontario to finish the P3 project, adding that the build team “has the ability to complete the construction and meet the in-service date.”

The multibillion-dollar light rail line—much of which is underground—is the largest transit project underway in the country. It is scheduled to open in September 2021, linking numerous subway stations, bus routes and GO Train lines.