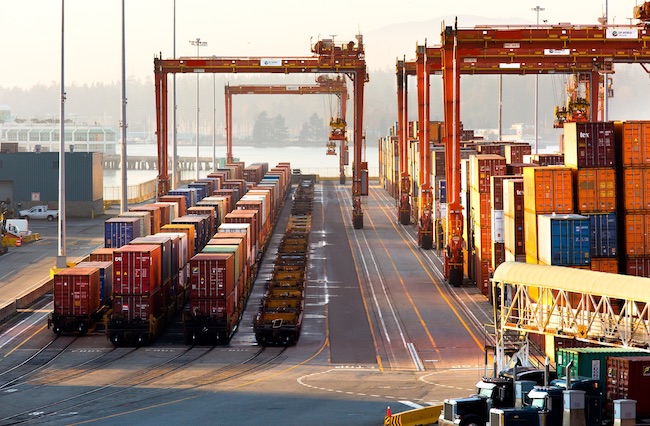 The three initiatives will increase the flow of goods in and out of the Vancouver’s cargo temrinals. PHOTO: Vancouver Fraser Port Authority

VANCOUVER—Work on a series of road and rail projects at Canada’s largest port is moving ahead with the backing of the federal government.

The construction work covers several areas of the city’s south shore port area and aims to increase the amount of goods Vancouver’s cargo terminals can handle.

The port authority is spearheading two of the initiatives with support from the two railways. Among other projects, the work includes construction of 9.4 kilometres of new siding track within Vancouver and Burnaby, B.C., an overpass over Centennial Road, improvements to a 5.5-km rail line and upgrades to the ventilation system in the Thornton Rail Tunnel that will increase its capacity.

CN Rail will lead the third project, which will see crews build a 4.2-km secondary track parallel to the existing Burrard Inlet line within Vancouver. The railway expects the project to increase the flow of goods to and from the south shore port area.