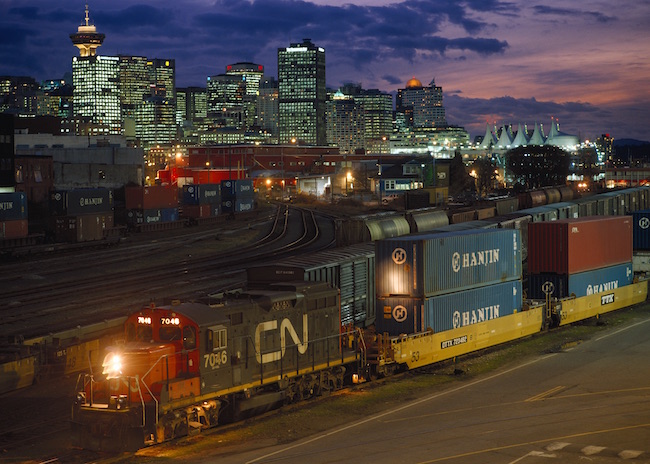 The project is expected to boost capacity for trade with Asia. PHOTO: CN Rail

CN says the project is part of a long-term strategy to double-track a four-kilometre section of rail that links expanding import and export terminals on the south shore of Burrard Inlet to the company’s national network.

It says in a release that the deal involving the Vancouver Fraser Port Authority would meet the country’s demand for import goods from Asia and grow Canadian exports.

CN Rail president JJ Ruest says the project is a signal to international partners that trade represents an important part of the national economy.

The port authority’s president Robin Silvester says over the next decade a large group of projects, including road and rail infrastructure beyond the port, will help ease the impact of growing trade on local communities.

A timeline for construction and completion of the project has not yet been determined.

Construction begins on $90M road, rail and utility corridor at Port of Prince Rupert
Feds invest $167M to bolster infrastructure in and around Port of Vancouver