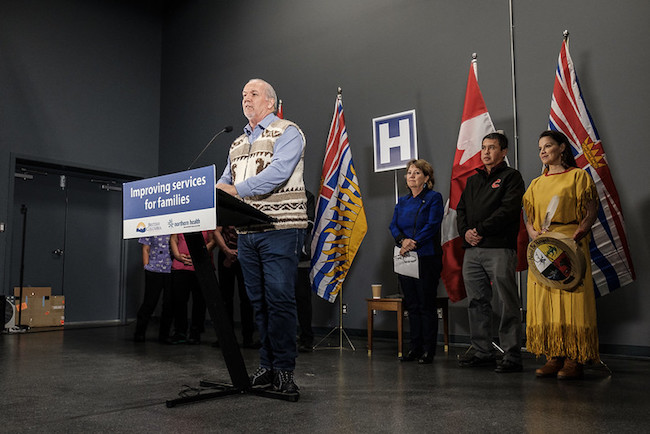 Premier John Horgan was in Fort St. James to announce the province was moving forward on the project earlier this year. PHOTO: Province of B.C.

Partnerships BC has issued a request for qualifications for a hospital project in north-central British Columbia.

The Stuart Lake Hospital Redevelopment Project includes the construction of a new hospital in Fort St. James, northwest of Prince George, as well as the demolition of an existing facility.

Early design plans for new hospital show nine in-patient acute beds and 18 long-term care beds. Emergency care, medical imaging and laboratory space are also included. Along with the demolition and building construction, the winning build team will be responsible for a new parking lot and landscaping.

The crown corporation said the project is expected to cost $116 million.

The RFQ stage will run until mid-June, at which point the province will release a shortlist of bidders and issue an request for proposals.