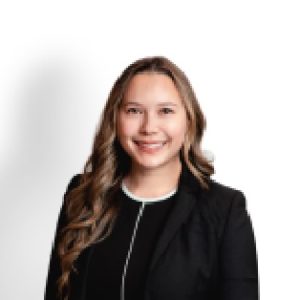 When negotiating a construction contract, the parties should come to a definite consensus on whether the contract should mandate arbitration. Mandatory arbitration clauses can significantly affect the dispute resolution process between parties, and close attention should be paid to these clauses during contract negotiations.

MANDATING ARBITRATION IN YOUR CONTRACT:

There are many reasons why parties may choose to mandate arbitration. A significant advantage of arbitration is its efficiency in comparison to court proceedings. Parties have increased autonomy over how dispute resolution will proceed, which can often significantly shorten the timeline for the final resolution of a matter. This might also lead to cost-savings for the parties in some cases. Further, arbitration has the advantage of providing private recourse for the dispute between the parties. Unlike in a court proceeding, the arbitrator’s decision will not be openly published.

The arbitration clause itself should clearly set out the scope of the types of disputes the clause is applicable to. Parties may want to include a provision requiring the parties to submit notice advising of the parties’ intention to arbitrate. These clauses should concisely set out the timeframe in which notice is required, who the notice must be given to, and what form the notice should be given in. The parties may also consider whether they want to include a requirement that the parties first undergo other private dispute procedures, such as mediation, prior to the arbitration. There may be technical terms that should be included in the clause, dependent on jurisdiction.

Careful attention should be paid to the terms of the arbitration clause. If a party wishes to rely on this clause, the party should ensure they are abiding by all of its terms, and pay close attention to any required notice provisions.

IS IT MANDATORY TO SUBMIT MY CLAIM TO ARBITRATION?

When a dispute arises, the arbitration clause must be carefully analyzed to see whether the dispute falls within its scope. The party should also consider if it has missed any of the notice requirements for mandatory arbitration. That could make the arbitration provision non-binding.

Initially, the parties abided by the notice requirements set out in the CCDC-2 and proceeded as if they were going to have the dispute resolved via arbitration. Eventually, one of the parties commenced a parallel court action for tactical reasons and then later tried to have that litigation stayed by the Court.

The Court stayed the parallel court action. The Court held that where parties have entered into an arbitration agreement, arbitration proceedings take priority over judicial proceedings. The Court also indicated that it would interpret arbitration provisions in a contract in a manner that implements the dispute resolution goals of the parties.

In British Columbia, the recently amended Arbitration Act now provides that a court must not intervene in an arbitration governed by the Act except where it is expressly permitted by the Act to do so. The Ontario, Alberta, and Saskatchewan arbitration acts include similar provisions limiting judicial intervention.

Nicola Crema is an associate in the Construction Law Group at Borden Ladner Gervais LLP.


Related Stories
Understanding arbitration agreements
Entire agreement clauses: You get what you bargain for
Is the sky the limit? A look at limitation of liability clauses
Law Column: Provide notice of intention to bring a claim