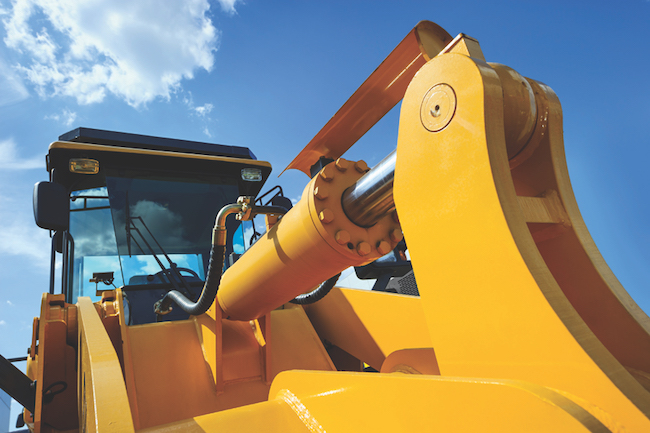 The incentive gives contractors buying equipment an opportunity to deduct a portion of the upfront cost of a machine at triple the ordinary rate. PHOTO: Getty Images

He may have started the ongoing trade spat that’s caused havoc in the markets for construction steel and aluminum, but the recent American tax reforms he championed have prompted Ottawa to respond in kind, pushing forward changes designed to aid Canadian businesses, contractors included.

For builders, the leg up will come in the form of faster tax depreciation for new equipment. That may not sound like much to those outside accounting departments, but the federal incentive will help firms that have purchased new equipment defray upfront capital costs by entitling them to significantly larger tax deductions in year-one.

Under the previous tax regime, allowable depreciation amounted to 15 per cent on a new or used excavator, dozer or other earthmover (Class 38 assets) during the machine’s first year in the dirt. The change will temporarily boost that rate to 45 per cent, meaning companies can deduct a portion of the upfront cost of a machine at triple the ordinary rate. On a typical piece of equipment, the incentive will translate to thousands, if not tens of thousands, in tax savings in year-one – though there are several important caveats discussed below.

The Canadian adjustment counters the major U.S. tax reforms passed at the end of 2017 that were widely seen as a threat to businesses north of the border. Finance Minister Bill Morneau introduced the incentive, among other measures, on Parliament Hill in November. As is standard procedure, Ottawa has already begun operating as if the tax rules had been altered, though it’s still working to formally enact the incentive.

The industry has quickly climbed aboard, with the Canadian Construction Association (CCA) and Associated Equipment Distributors, for instance, each applauding the change.

Steve Nielsen, CFO of Finning International Inc., the largest dealer of Caterpillar equipment, says his team was initially quite concerned by the impact the U.S. changes may have on Canadian businesses.

“As we watched our economists and politicians wrestle with it, we thought it was important that we not get into a rate war with the United States, but we feel that [the new incentive] is a very thoughtful and intelligent way of applying policy that lowers the cost of doing business for Canadian business in a way that stimulates the economy and creates demand for our customers,” he says.

Nielsen expects bumping up allowable first-year depreciation by 30 percentage points will encourage builders to continue to invest in their fleets. “What that does is of course reduce the cash taxes in the same year, which reduces the upfront cost of a machine, and therefore improves the contractor’s return on investment,” he says.

The change, which Ottawa has dubbed the Accelerated Investment Incentive, offers contractors a promising opportunity, but it isn’t a handout.

Brad Scott, who sits on the CCA’s board of directors and is vice-president of Finance at Nova Scotia-based Basin Contracting Ltd., says the incentive will be great for many contractors, but warns the assistance comes with a couple of strings attached.

“This is a win,” he says, “but people should understand that this isn’t a tax reduction, this isn’t a tax credit, this is a short-term ability to potentially spend some money and get some tax flow reductions.”

The incentive doesn’t translate to cash-in-hand, but can be applied against earnings on a company’s taxes. It’s important to note that if a company has a poor year and doesn’t have adequate earnings against which to apply the cost of a new machine, it won’t benefit. 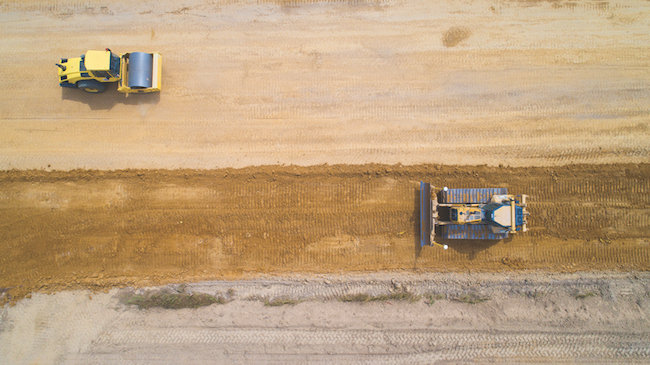 The incentive applies to eligible equipment bought between Nov. 20 of last year and the end of 2023. PHOTO: Getty Images

The change also won’t increase how much companies can write off for depreciation over a piece of equipment’s entire lifetime. The incentive boosts the first-year depreciation level on equipment to 45 per cent from 15, but it offsets this with smaller deductions in future years (refer to the chart on the following page for a detailed breakdown). In short, the incentive frontloads the benefits, but does not alter the long-term tax implications of buying a new machine.

Still, Ottawa anticipates the allure of larger deductions in year-one will prompt companies to spend now.

“Because of the value of time, allowing businesses to deduct a larger share of the cost of newly acquired assets in the year the investment is made accelerates cash flows and improves returns on investment,” says Finance Canada spokesperson Anna Arneson.

It’s also worth pointing out that the incentive applies to capital purchases, so contractors buying both new and used equipment can take advantage of the faster depreciation.
The incentive is not a permanent change, however. It will apply to eligible equipment bought between Nov. 20 of last year and the end of 2023. The government then plans to phase the program out between 2024 and 2028.

The chart below compares taxation using the standard method with the incentive. Click to enlarge it.

MORE THAN A WRITE-OFF

The benefits of a new machine extend beyond tax savings.

“As we continue to evolve the technology and the quality of the machines, there are benefits beyond just the day-to-day productive use,” Nielsen says. Pointing to lower fuel costs, reduced emissions, cheaper maintenance and better in-cab technology to assist operators, he expects the incentive to shake up the typical procurement cycle.

“Just like your automobile, between five and seven years, you start evaluating whether to pay maintenance or buy new,” he says. “So as you consider all the factors through the lifecycle the incentive definitely lowers the entry point.”

Nielsen expects contractors will still measure out the typical benchmarks, such as current age, maintenance costs and possible rebuilds, but adds that the lower upfront capital costs created by the incentive should prompt buyers to consider purchasing earlier than planned. It could also tip the scales toward premium equipment versus stripped down models or brands, he says.

“This definitely will stimulate large and small contractors to reconsider, or accelerate the timing of their fleet modernization and turnover and/or expansion,” he says. “If they think they’re going to need equipment in the coming year or even two years, they’ll factor that into whether it is worthwhile buying now.”

Scott, on the other hand, is more cautious about how much the changes to depreciation will alter typical procurement timelines.

“This is a great incentive, but you can’t take the operational side away in deciding whether to buy gear,” he says. “We all have milestones on equipment. You get to so many hours, years, or kilometres and you should roll them over before any critical failures. I don’t think that decision tree is going to completely change.”

Particularly for smaller contractors, which make up a large portion of the industry, Scott says the incentive may not push them over the edge on a purchase they wouldn’t otherwise have made. He points to capital limitations and cash flow as two of the major reasons. To take full advantage of the incentive, companies need to have either the money or credit to buy a machine, and enough taxable income to apply against the purchase.

Scott says larger contractors with more financial flexibility are in a better position to benefit from the change.

Meanwhile, construction companies with a hand in manufacturing – roadbuilders that produce sand and gravel for their paving jobs, for instance – have an even greater opportunity than those buying solely earthmoving machines. For equipment in the manufacturing and processing machinery category, the incentive quadruples the depreciation rate from 25 per cent to 100. So long as a contractor has their aggregate assets optimally tax structured, the change means they can fully expense these types of purchases in the first year.

“There’s going to be some wins in the heavy civil side,” Scott says.

Job sites with brand new equipment will likely see the biggest changes, but the incentive will also have an impact on many areas downstream.

If the federal changes spur buying as expected, equipment fleets – some of which have likely not reached their typical end-of-life – will go up for sale.

“When that occurs, it also creates very high quality, low-use used equipment that is then more affordable down the hierarchy,” Nielsen says, adding that conventionally, pieces of equipment move from larger contractors down to smaller construction firms and other small businesses.

Rental companies will also have the opportunity to overhaul their fleets, meaning contractors will likely be able to acquire used rental equipment for more competitive prices. When adding a rental machine during peak season, builders will also get access to newer technology.

Equipment that goes unsold within Canada will find its way around the world. Unsurprisingly, much of the Canadian construction industry’s used equipment heads south of the border. Other machines are solid internationally, often to emerging markets.

Buying equipment is a major business decision. Companies should consult a tax expert who can assess their individual circumstances before making any purchasing decision.