Could blockchain be the new glue of contracting? 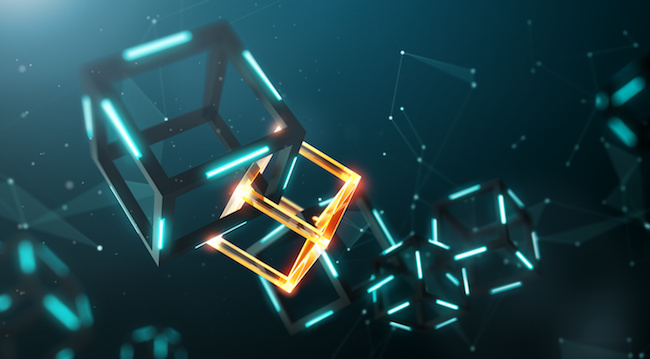 Blockchain is still in its very early days, but the technology could one day enable “smart” contracts

Based on what one reads and hears about blockchain, it’s not hard to conclude that it’s just another word for Bitcoin. However, while blockchain is the technology underpinning Bitcoin and other crypto currencies, digital money is only one of its many possible use cases. Blockchain can provide an immutable record that any series of events has taken place, including the fulfillment of conditions in a construction contract.

A general contractor might, in the not-too-distant future, manage a project using a blockchain-powered smart contract. In this scenario, all parties – the general contractor, the owner, the architect, the engineers, the subcontractors, the banks, the insurance companies and even the regulating authorities – would share a blockchain that provides instant verification when each step in the construction process has been successfully completed.

If the general contractor hired a plumber for a specialized installation, for example, the plumber might carry a blockchain identity that certifies his credentials. The equipment being installed would have blockchain tags attached to ensure its authenticity. The arrival of the plumber and completion of the job would be logged, as would final approvals by the owner and the building inspector. The bank would automatically pay the plumber and the equipment supplier the moment the work meets the standards set out by the agreed-upon terms.

Scale this up to a large project with thousands of details and it’s not hard to see the benefits.

“The possibilities are exciting,” says Chris Dill, chief information officer of Omaha-based Kiewit Technology Group. “Today we have contract administrators, the owner has contract administrators, and we’re constantly going back and forth on ‘Did you do this? … How do we know you did? Did you do it strictly to the terms of the contract or not? Send me the documentation,’ etc. All this would be streamlined.”
Management of labour, quality control and improved planning are other promising areas, notes Mark Bryant, chief information officer of Edmonton-based PCL Construction. “In the construction business,” he says, “we’re a builder, we’re a logistics company, we’re a planning company, we’re a contract company, and we’re certainly an organization that expands and contracts with regard to labour as well. Blockchain can be applied to all those things in different ways, shapes and forms.”

A blockchain is essentially a database with two unique features. As the name implies, it consists of blocks of data arranged in a sequential chain. Each transaction, such as the completion of a task, is recorded by adding a new block to the chain, like entering a line item in a paper-based ledger. The database is encrypted in such a way that once an entry is made, it can’t be changed. If an error has been made, a new block must be added to the chain to adjust it, maintaining complete transparency throughout the process.

The other feature is that unlike conventional databases that are stored on central servers, blockchain is jointly hosted by all participants through what is called a peer-to-peer network, and all are updated simultaneously when a block is added. There is no single access point though which the database could be compromised. A smart construction contract would be shared on a private blockchain, while Bitcoin runs on a public blockchain with millions of participants.

Blockchain has proven to be remarkably resilient – Bitcoin, which represents billions of dollars in value, has never been hacked in its nine years of existence. No wonder the banks and insurance companies are showing so much interest.

Blockchain is still in its very early days, and Dill notes that compared with AI, few people in construction are talking about it. “If you look at AI, Microsoft and Amazon have it baked into their platforms,” he says, “so you can deploy AI in your applications without having PhD experts on your team. Blockchain needs to get there, and it isn’t there yet.”

“Our strategy is that if we have a very specific need and it doesn’t exist in the marketplace, we have the capability to build it,” says Bryant, “but my preference would be to partner with an organization that has built something that is affordable that can enhance our business.”

Bryant’s team hasn’t done any coding yet or engaged any third parties specific to blockchain, but a few possibilities are under discussion. “We’ll get started on something in 2020,” says Bryant, “but I can’t tell you what that is.”

This column first appeared in the October 2019 edition of On-Site. Click here to read through the entire issue.