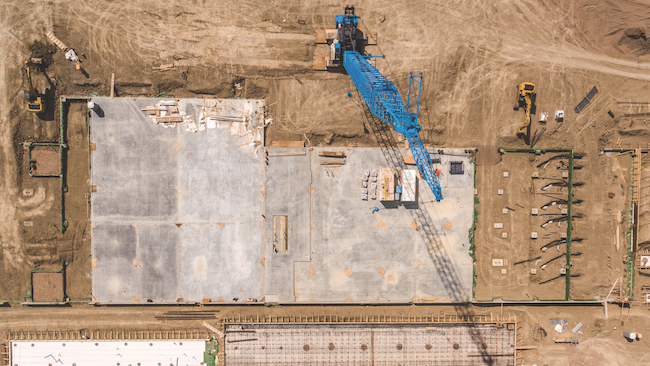 Watchers are generally optimistic for the Canadian construction industry, but there are some dangers ahead. PHOTO: Getty Images

With no rose-coloured glasses necessary, the outlook for the construction industry in 2019 remains positive, if somewhat tepid.

Near-record employment, six-straight quarters of higher spending in the non-residential segment and progress on several major projects have bolstered confidence this fall and created a sense of cautious optimism for industry insiders looking ahead to January. Still, 2018 was another year of mixed results for the sector — with some notable successes dogged by several telling setbacks that could cast long shadows into 2019 and beyond.

While the prognosis from most watchers is generally positive, long-nagging issues such as labour shortages, technology integration and concerns about Canada’s business climate threaten to pose real challenges for builders next year.

Companies never tire of saying that they’re only as good as their people. Trite, undoubtedly, but not untrue.

The construction industry is no outlier here. Without qualified workers, contractors simply couldn’t get the job done. It’s little wonder the impending retirement of 250,000 aging builders over the next decade, or about 21 per cent of the workforce — according to a BuildForce Canada study released earlier this year — has forced many in the industry to take a long look at employee engagement and recruitment.

Paul De Jong, president of the Progressive Contractors Association of Canada, is generally optimistic about the construction industry’s growth prospects, but points to the tight labour market as a serious impediment.

“As we move forward, we’re going to have a serious problem with maintaining that growth when we don’t have enough workers to do the work,” he says. “You can see that particularly in the areas like the city of Toronto where many projects are delayed because there’s simply not enough workers.”

With relatively high wages, the industry’s struggle to attract new recruits isn’t about pay, De Jong adds. “It’s not really the money. It’s the approach that’s taken by some folks in the education sector that tend to devalue or de-prioritize opportunities in construction.”

Years of guidance counsellors and teachers funneling students who are likely better suited to trades toward university have taken their toll, he says.

In a fall report, the Business Development Bank of Canada singled out construction as one of the industries facing the most pressing shortage of workers. 48 per cent of construction firms surveyed by the federal crown corporation said it had been difficult to hire new workers over the past 12 months.

Mary Van Buren, the president of the Canadian Construction Association, also sees the competition for young talent as one of the key issues contractors need to address in the year ahead.
“The scarcity of youth entering the workforce — which is just based on demographic patterns — and [the construction sector’s] image puts us somewhat at a disadvantage relative to other industries like high tech, that are also competing for STEM students,” she says.

Science, technology, engineering, and mathematics students are often seen as the key to achieving higher productivity in construction, as well as in other industries. Van Buren said one aspect of the CCA’s plan is a request for funding for 1,000 co-op positions that will help these promising students gravitate toward construction.

Though they say a number steps have already been made, both industry associations also pointed to women and First Nations as groups construction companies need to get better at recruiting and retaining.

“The industry has this challenge, but also this opportunity to redesign its approach, [and] the culture of the work so it’s more conducive to draw in youth, First Nations and women,” De Jong says.

As far as labour constraints go, there’s unlikely to be any short-term relief, in part because the industry is firing on nearly all its available cylinders.

In the second quarter of this year, the most recent quarter for which data is available, Statistics Canada pegged the construction industry’s capacity utilization rate at 93 per cent. The metric, which weighs actual output against theoretical potential, has not been so high for the sector since 1990.

With the industry butting up against its currently maximum output, several factors need to change in order for growth to continue. Increased construction demand is one obvious trigger, but a lack of qualified labour can prevent an industry from investing further to meet this demand, Statistics Canada says. In other words, even if companies pull in more work, the industry won’t be able to grow unless it addresses its underlying workforce issue.

“The project comes at a time of significant capacity constraints in the B.C. construction industry and the draw on labour — where there are already significant labour shortages in the construction sector — is likely to lead to exacerbate these shortages and bid up the price of labour,” he says.

The 2016 oil price slump dented capital spending in Alberta, but 2019 will be the first year no major greenfield sites are under construction, De Jong says. “That huge engine of the oilsands has really kind of grinded, not so much to a halt, but to kind of an idling speed. That is a major hollowing out of construction opportunity for workers not just in Alberta, but beyond.”

Construction in the energy industry is expected to shift farther west as work ramps up in Kitimat. Infrastructure and residential work in and around Vancouver will also keep B.C. builders busy.

Across the country, the same can be said for the Greater Toronto Area, where work on new transit lines and multi-unit residential projects are expected to continue apace through 2019.

The industrial and commercial building segments are also forecast to remain healthy in Ontario and Quebec, though investment may not remain at its current level, according to the latest Conference Board of Canada analysis. Canada’s non-residential construction industry is likely to post its best-ever performance in 2018, the think tank says, but the robust growth in the industrial and institutional markets is likely unsustainable as business confidence and spending intentions decline.

Scotiabank is more optimistic about the situation in Ontario and Quebec, where non-residential spending has long outpaced the country as a whole.

Drifting further east, De Jong says the Atlantic Canada face real challenges as a result of low capital investment. This “chronic stagnation” creates a tough environment for construction, he says. The economies in the four Atlantic provinces are expected grow at a slower rate than the rest of the country over the next two years, while harbouring higher unemployment rates, according to Scotiabank’s fourth-quarter analysis.

No setback in 2018 is expected to have a ripple effect as pronounced as the abrupt halt to work on the Trans Mountain project.

The on-again, off-again effort to twin the existing pipeline running between Edmonton and Burnaby, B.C. hit its latest hitch when the Federal Court of Appeal ruled in August that the review process was inadequate. Ottawa purchased the project from U.S.-based Kinder Morgan Inc. and has vowed to get the pipeline built.

While the project would be a multibillion-dollar boon for the construction industry, the perpetual hangups and still uncertain fate of the pipeline have experts concerned about the impact the project could have on Canadian capital investments as a whole.

“With an election in 2019, all parties will need to demonstrate that Canada is not only open for business, but also easy to deal with,” Van Buren says. “If we look at the example of Kinder Morgan… they lost confidence because the project was so difficult to move forward.”

While there’s still reason to expect the project to move forward in the long run, industry groups and a laundry list of economists see the seemingly endless delays and court challenges as a mark against Canadian competitiveness. Coupled with a relative tax disadvantage versus the U.S., Van Buren says the government needs to do more to show Canada is a good spot for businesses to invest.

While it’s not the construction industry’s job to attract foreign investments — this falls to the sectors it builds for — contractors have a part to play in showing they’re fit to complete jobs safely, environmentally and on budget.

The Canada Infrastructure Bank, an important emerging player in Canadian infrastructure, aims to draw more private capital — form both foreign and domestic sources — into the country.

The arms-length government institution’s President and CEO, Pierre Lavallée, acknowledges global investors have been tracking the Trans Mountain saga, but says Canada is still seen as a good destination for capital. “If you compare the situation in Canada with the economic growth prospects, the fiscal situation in the country, the stability of our legal system… Canada comes out as a really attractive place to invest,” he says.

Whether or not major global investors in infrastructure agree and are willing to overlook the issues dredged up by Trans Mountain will dictate how successful Canadian builders will be over the next 12 months.