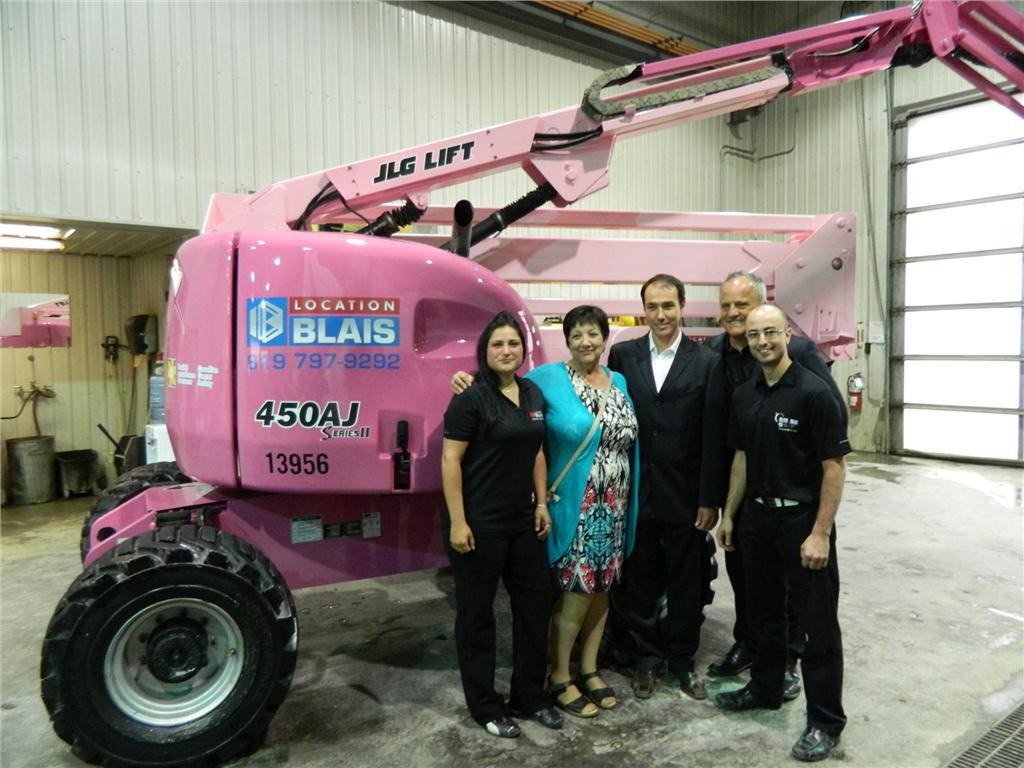 “It’s something we’ve thought about for a couple years,” said Serge Blais Jr., owner of Location Blais. “Our 40th anniversary gave us the push to do it – a way to draw attention to a need in our community and say thank you for helping us build a successful business here.”

Location Blais is situated in the small mining town of Rouyn-Noranda, Que., about 700 kilometers north of Montreal. The local hospital does not have a radiology department, which means those in the area who suffer from cancer often have to drive to Montreal for treatment. “And we’re not talking about a day trip,” explained Blais. “Often patients need to stay as long as six weeks while they undergo treatment.”

His mother recently underwent treatment for breast cancer and spent long periods of time away from her family. In addition, both of his grandmothers and an aunt suffered from the disease.

Blais wanted to do something to draw attention to the disease that has attacked his family and so many others he knows. Painting a machine pink and putting it out in the field where many people would see it seemed like a good idea and one that is unique in the construction industry in his area.

“So often people don’t know why the machine is painted pink, so I’m hoping this causes them to stop and ask,” he said. “They need to learn about the disease and understand its impact on families and the community. We’re hoping this will encourage leaders in our community to push for the addition of a radiologist so that patients can remain closer to home while they undergo treatment.”

In addition to raising awareness, Location Blais is donating income raised from renting the pink aerial work platform to the Canadian Cancer Society in Abitibi-Témiscamingue.

By the end of next summer, the company hopes to have three more pieces of equipment painted pink and working in the field. “It is important to my family,” said Blais. “But it’s just as important to the community that has supported us for 40 years. This is our way of giving back.”