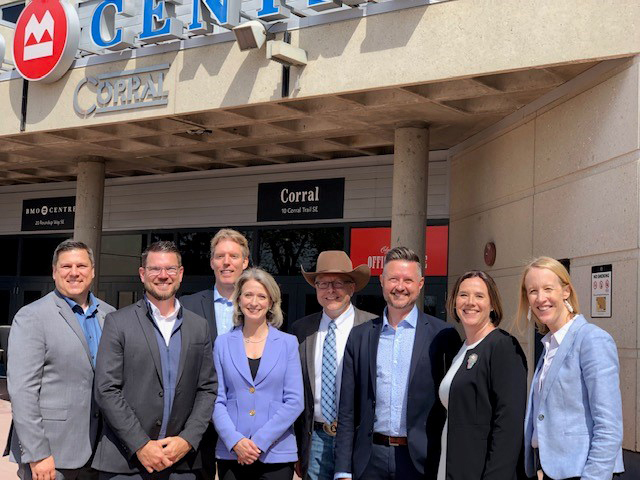 CALGARY—The Calgary Municipal Land Corp. (CMLC) has selected a expert team to design and oversee construction on a project to modernize and expand the city’s BMO Centre.

The conventional centre’s $500 million facelift has been in the works for years and is slowly inching toward shovel-ready status. CMLC, a city-owned entity tasked with revitalizing Calgary’s Rivers District, said May 23 it has picked a design team made up of Stantec, Populous and S2 Architecture to lead that portion of the project. PCL Construction, meanwhile, was tapped to take on construction management for the expansion.

Situated on the Calgary Stampede grounds, the BMO Centre is one of the city’s key trade show and conference venues.

“When the expansion is completed in 2024, BMO Centre will have more than doubled its current rentable space, with nearly one million sq. ft. of total floor space — making it the second-largest facility of its kind in the country,” said Dana Peers, president and chair of the Calgary Stampede’s board. “This is a tremendous opportunity for growth and development in the city — one that comes after years of focused planning and eager anticipation.”

Along with the design and build teams, project management firm M3 Development and convention venue operations specialist HLT Advisory Inc. will take part in the project.

With funding for the $500 million job — mainly from the federal, provincial and municipal governments — already in place, work on the design is expected to start immediately. CMLC said it picked the Stantec, Populous, and S2 Architecture team after reviewing 12 separate proposals.

Construction will get underway once the design plans have been finalized. The scale of the project and the need to maintain building operations in existing sections of the BMO Centre during construction are two challenges crews will face.

Work on the modernization and expansion is expected to create 1,862 jobs during the construction phase.