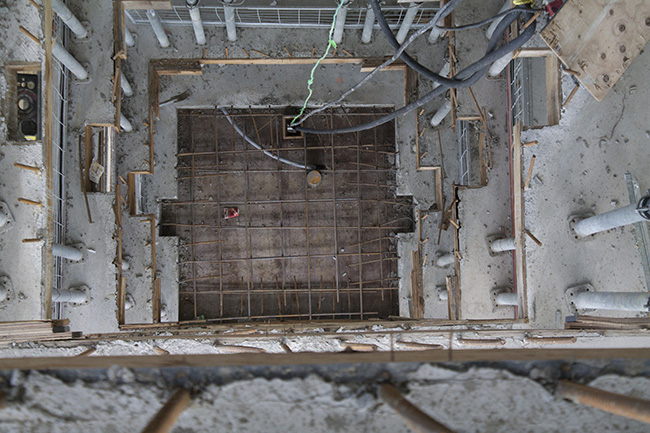 OTTAWA—The value of newly-issued building permits slipped 0.2 per cent across the country in October, led mainly by a 7.0 per cent slide in the non-residential sector.

Non-residential building permits brought in a total of $2.9 billion over the course of the month, down from $3.1 billion in September.

The industrial segment posted the largest proportional loss, with the value of permits diving 29.9 per cent. Institutional builders also hit the pause button, driving the value of permits down 8.7 per cent. The commercial component, which is also the largest category on the non-residential side, was the lone holdout, recording a gain of 2.2 per cent. Statistics Canada pointed to higher construction intentions for office and retail complexes as the main cause.

Despite the decline on the non-residential side, the value of building permits across Canada was nearly flat in October, thanks to a strong showing among residential developers. Permits for multi-family dwellings increased 3.8 per cent to $2.9 billion. The gains can be chalked up to new condo projects in Ontario and British Columbia. The value of permits for single-family homes, meanwhile, increased for the first time in five months. The new home building indicator jumped 4.6 per cent on the month.

On a regional basis, Ontario posted strong growth of 9.4 per cent in October, while Quebec, where the value of permits dropped 14.8 per cent, sat at the opposite side of the spectrum.