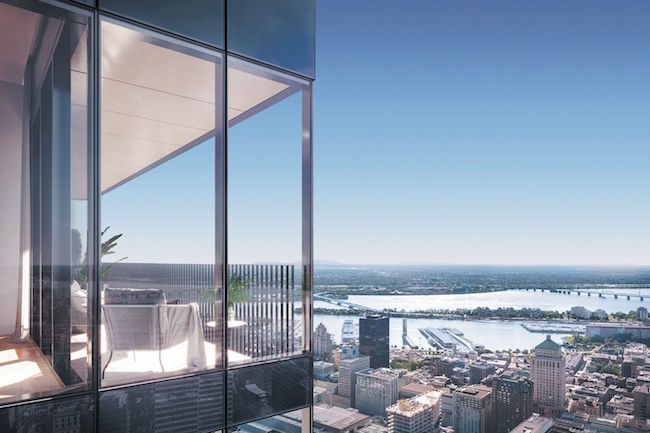 A rendering of the new tower, expected to become the tallest residential building in the city. PHOTO: Brivia Group

Construction is officially underway on a $560 million residential tower slated to become one of the tallest buildings in Montreal.

Officials from developer Brivia Group and a range of partners broke ground on the so-called 1 Square Phillips project in the city’s downtown July 16.

“The past few months have not been easy, but I am very pleased today to announce that the construction of 1 Square Phillips can begin as planned,” Kheng Ly, Brivia’s president and CEO, said in a release.

Going up at, roughly, Place Phillips and René-Lévesque Boulevard, the 61-storey tower is expected to become the tallest residential building in Montreal. It will join several downtown office towers at the top of the city’s skyline, which has long been restricted to no higher than the peak of Mount Royal.

Magil Construction, the project’s general contractor, will be responsible for transforming what’s currently a parking lot into nearly 800 condo and rental units at the busy locale in the business and shopping district. Brivia said excavation at the site is expected to start in the coming weeks. 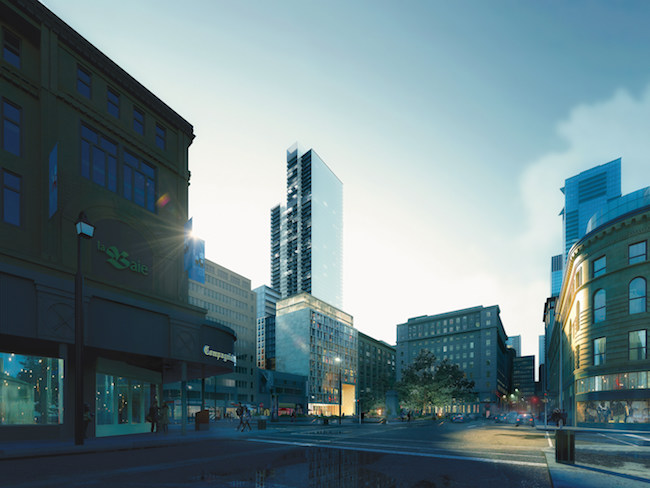 The exterior of the new building located at Place Phillips and René-Lévesque Boulevard. PHOTO: Brivia Group

Along with residential units, the tower will include a lounge and outdoor garden on the 50th floor. A gym and swimming pool are among the other other amenities.

Construction is scheduled to take about four years, with residents expected to begin moving into the tower in 2024.