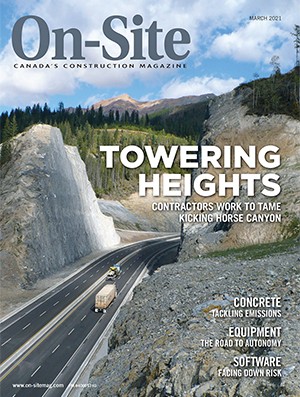 Just as COVID-19 has changed the way consumers fill their carts, the pandemic will prompt a long-term shift in how construction stakeholders interact on job sites 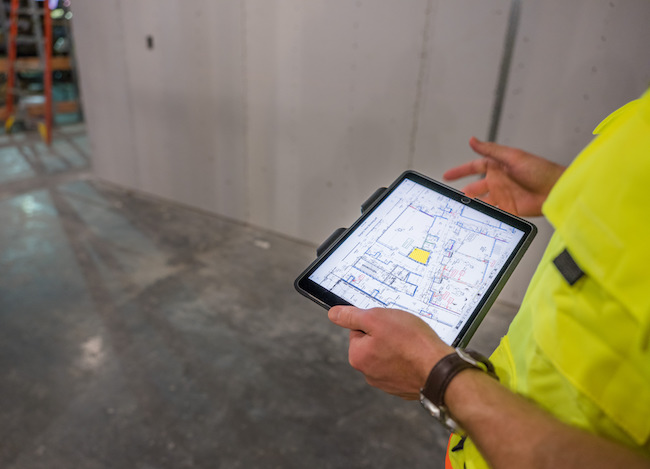 A worker running PlanGrid. The pandemic has forced many non-essential staff off job sites, forcing teams to work remotely to keep projects on track. PHOTO: Autodesk

In four short months, browsing the veggie aisle has gone from something the vast majority Canadians would only consider doing in-person, to something many wouldn’t think of doing — at least temporarily — anywhere but online.

Last spring, a PwC Canada study found just one in five Canadians was likely to buy groceries on the internet at any point in following 12 months. A year later, goaded onto their web browsers by the pandemic, shoppers have overcome their reluctance and are eagerly snapping up delivery slots weeks in advance.

“In terms of e-commerce, we have seen a threefold increase in the penetration. That means that in many of the stores where it’s offered we’re up into the double-digits in terms of penetration in food,” Sarah Davis, the president of Loblaw Companies Ltd., said in a conference call with analysts at the end of April.

She added the company expects its online grocery orders to slip back down to earth once the COVID-19 crisis is over, but remain higher than they were prior to the pandemic.

Likewise, Empire Company Ltd., the parent firm of grocery chain Sobeys, has seen significant increases to its e-commerce business in Quebec and British Columbia as Canadians look online, and has plans to launch its Voilà delivery service in Ontario shortly.

“Online grocery penetration is growing dramatically across the country, which management anticipates will likely remain elevated in the long-term as customers become more comfortable with online grocery delivery,” the company said in an April release.

The overnight shift to e-commerce coincides with a number of major distribution centre projects currently in development or under construction. Loblaw, for instance, announced plans for a new distribution hub in Cornwall, Ont. in January. Sobeys is working on a pair of delivery-focused automated fulfillment centres in the Toronto and Montreal areas, and Metro Inc. recently laid out a $420 million plan to build a new, automated distribution centre in Terrebonne, Que., just outside Montreal. A range of others are at various stages of development.

As the pandemic shakes up the supermarket landscape, Quebec-based steel fabricator, Canam Group, is helping the grocery chains maintain progress on their new distribution centres and in some cases, accelerate project timelines in response to growing online orders.

“There’s a big demand coming,” said Elio Perrazzino, the project management manager for Eastern Canada for the company’s buildings division, in a recent interview. “This had to be in September and now it became June,” he added, pointing to one such project that’s been fast-tracked in response to COVID-19.

Canam has worked with Loblaws, Metro and Sobeys, among many others, for years, taking responsibility for the engineering, fabrication and installation of the structural steel shell on a range of projects. On many jobs, it serves as a specialty contractor, assisting both the owner and general contractor.

Accelerating work during normal times can be a challenge, speeding it up amid a global pandemic using a workforce suddenly compelled to function remotely, is something else entirely. To accomplish the shift, Perrazzino and the Canam team have leaned on technology.

“Before, we took it for granted that we had this, but now we’re saying, ‘Oh we can do that,'” Perrazzino said, noting that working from home and being dialled into the cloud has actually improved efficiency and allowed staff to approach problems in new ways.

“Just this week, I’ve had three clash detection meetings and usually they would last the whole day… and now it’s done online and it’s done in half an hour,” he said.

Because the team is no longer bogged down with the usual distractions on-site, multitasking has also become simpler. Even once the COVID-19 crisis is over, Perrazzino expects to forgo the daily commute to the project site in favour of a once a week visit, or perhaps, once every two weeks. 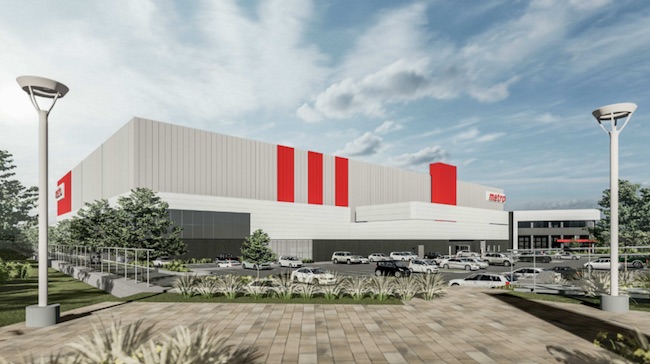 A rendering of a new Metro facility. Earlier this year, the grocer committed $420 million to a pair of distribution projects in the Montreal area. Work on a similar project in Toronto is already underway. PHOTO: Canam

Canam uses Autodesk Inc.’s BIM (building information modeling) software Revit to map out and evaluate designs, and runs PlanGrid and BIM 360 to stay connected through the project management process. Since being forced to switch to remote work, the team is making use of the suite of technologies, known as the Autodesk Construction Cloud, like never before.

“Uptake has increased across all stakeholders because everyone is working remotely, and a key part of maintaining transparency and accountability on projects is ensuring all stakeholders are engaged,” Perrazzino said.

While a given issue may have had four or five people tracking it in the past, 30 or more are now likely to be watching it remotely.

On the design side, Canam is also getting involved with clients earlier in the building process to anticipate issues, avoid rework and help move up project timelines. The results can be substantial, with Perrazzino noting delivery timelines can be squeezed from 12 months to eight. For projects such as the grocery distribution facilities, months trimmed off of timelines can translate to both construction savings and the ability to start shipping products sooner.

As one example of how the added cloud touchpoint can help, Perrazzino pointed to an issue involving mechanical ductwork interference with Canam’s steel structure on one of its grocery distribution projects.

“We had to address [it] immediately given our short project timeline and the number of stakeholders involved,” Perrazzino said “We were able to quickly coordinate designs and make adjustments remotely using Autodesk Construction Cloud.”

Advancements on the design and construction side mirror steps forward within the distribution facilities themselves. Sobeys, for instance, has partnered with U.K.-based Ocado Group on the automated technology for its new warehouses. Metro has teamed up with Germany-based Witron for its automated sorting equipment. Both grocery firms expect the state-of-the-art systems to improve order accuracy and speed up the sorting process.

And just as COVID-19 has changed the way consumers stock up their carts, Perrazzino anticipates the pandemic to prompt a long-term shift in how stakeholders in construction interact on job sites.

“Putting things in perspective, it’s going to change a lot of things,” he said, and likely for the better. Looking at the way his team and others have adapted, Perrazzino is convinced a lot of positives have come out of the tough situation. By giving staff a reason to look beyond their habitual methods of taking on work, COVID-19 has uncovered a range of new efficiencies.

“If you give me a new tool, or a new hammer, it’s not like the old hammer, but I’ll make it work,” he said. This new “hammer” has the considerable perk of working effectively from anywhere.