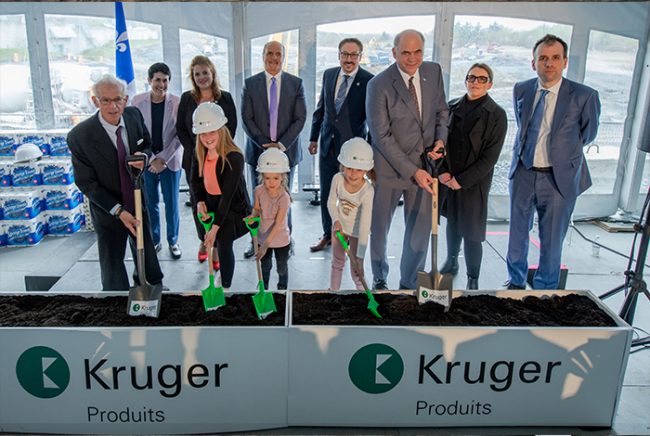 SHERBROOKE Que.—Work on a major industrial construction project has begun in Sherbrooke, Que.

Top officials from paper products firm Kruger Inc., along with representatives of local and provincial government, broke ground May 13 on a $575 million plant in the southern Quebec city’s Brompton borough.

Work on the new tissue paper manufacturing facility will take about two years. Kruger said the project will translate to about $250 million in direct expenses in Quebec and create about 1,700 direct and indirect jobs during construction.

“In addition, a large number of local suppliers will be involved in this vast construction site that represents one million person-hours of work, which is equivalent to about 10 per cent of person-hours worked annually in all of Quebec’s industrial construction sector,” the company said in a statement.

The jobs site is adjacent to an existing Kruger paper mill.

Once complete, the plant will employ 180 and produce about 70,000 metric tonnes per year of bathroom tissue and paper towels under the company’s Cashmere, SpongeTowels and Purex brands.

Construction is scheduled to be complete by early 2021.